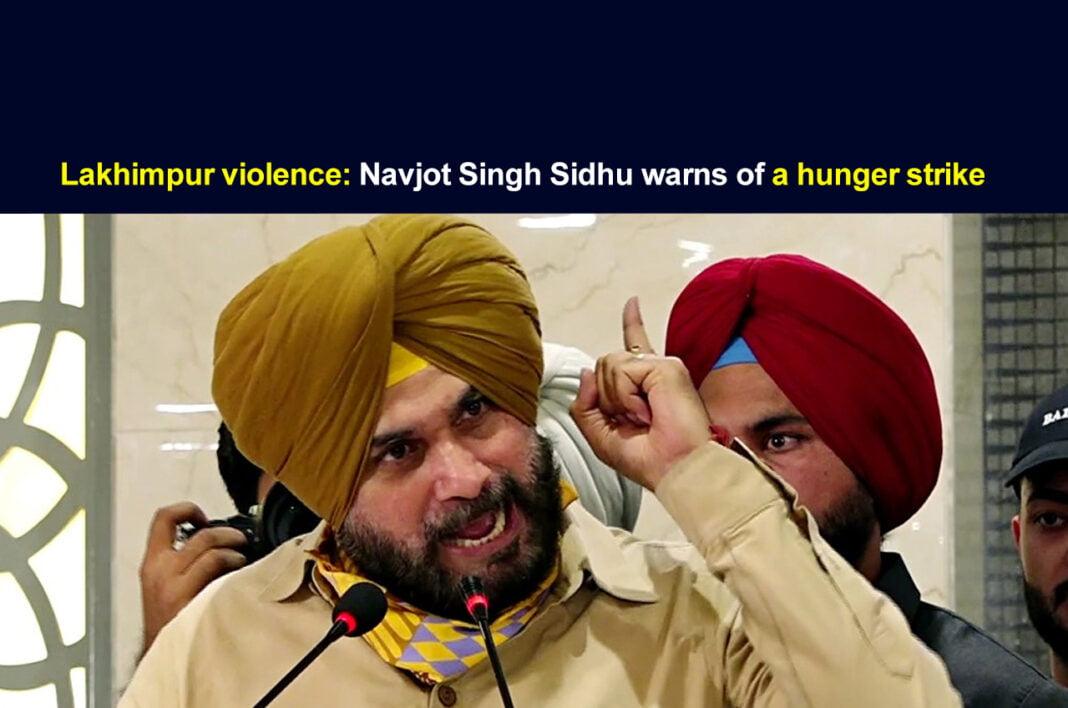 Navjot Singh Sidhu on Thursday, October 7, warned of a hunger strike. He said that if by tomorrow, no arrest is made in the Lakhimpur violence incident, then he would sit on a hunger strike.

Targeting Ajay Mishra, Navjot Singh Sidhu said that his son Ashish Mishra must be arrested by tomorrow by the UP police.

The Punjab Congress lead a march to Lakhimpur Kheri. MLAs, ministers and other party members assembled at Mohali Airport to leave for Lakhimpur Kheri. The party workers from different parts of the state arrived near the airport.

The biggest issue for the march would be entering the Uttar Pradesh border. They might be stopped there as earlier, the UP government had ordered none from Punjab would be allowed to enter Lakhimpur Kheri.

However, yesterday, on October 6, Charanjit Singh Channi, Rahul Gandhi, Sonia Gandhi and Chhatisgarh CM Bhupesh Baghel was allowed to meet the families of the deceased.