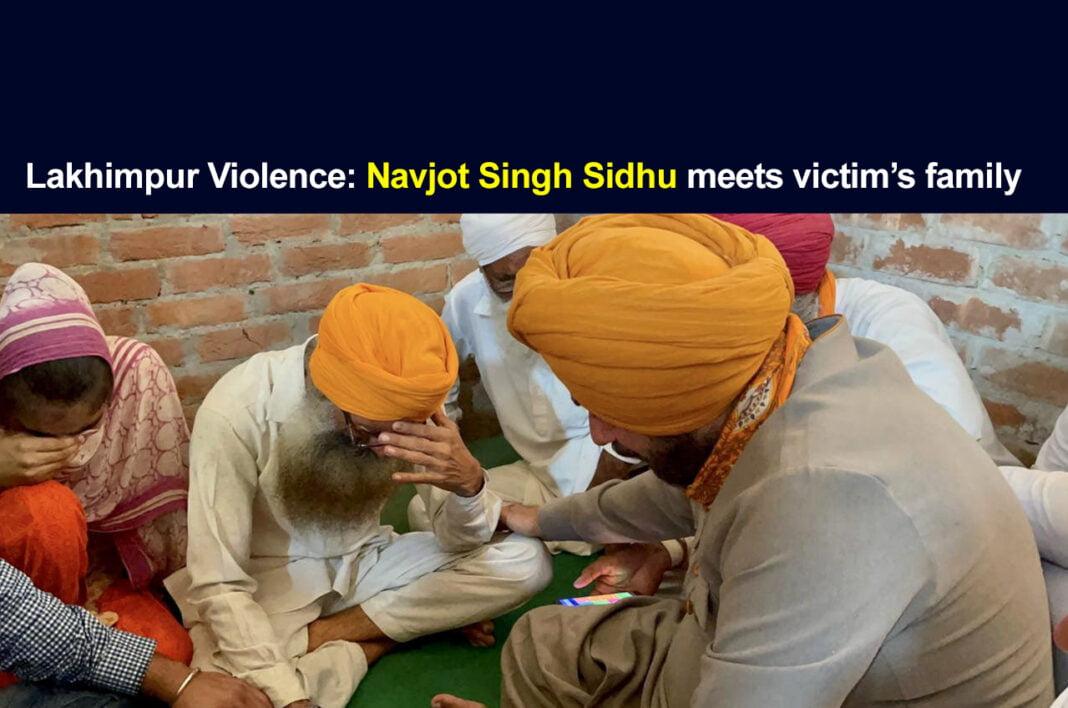 Punjab Congress Chief Navjot Singh Sidhu met the family of the farmer Lovepreet Singh (20), who died on Sunday, October 3, in Lakhimpur Kheri. Sidhu took to Twitter and shared pictures of him with Lovpreet’s family.

In the pictures, Lovepreet’s family members were seen crying and Navjot Singh Sidhu tried to console them.

As many as four farmers died during the Lakhimpur violence incident. A video had earlier gone viral in which an SUV was seen swiftly through the crowd of protesting farmers.

Other than the farmers, two BJP workers, Union Minister of State for Home Affairs Ajay Mishra’s driver, and a journalist also lost their lives on Sunday in Lakhimpur.