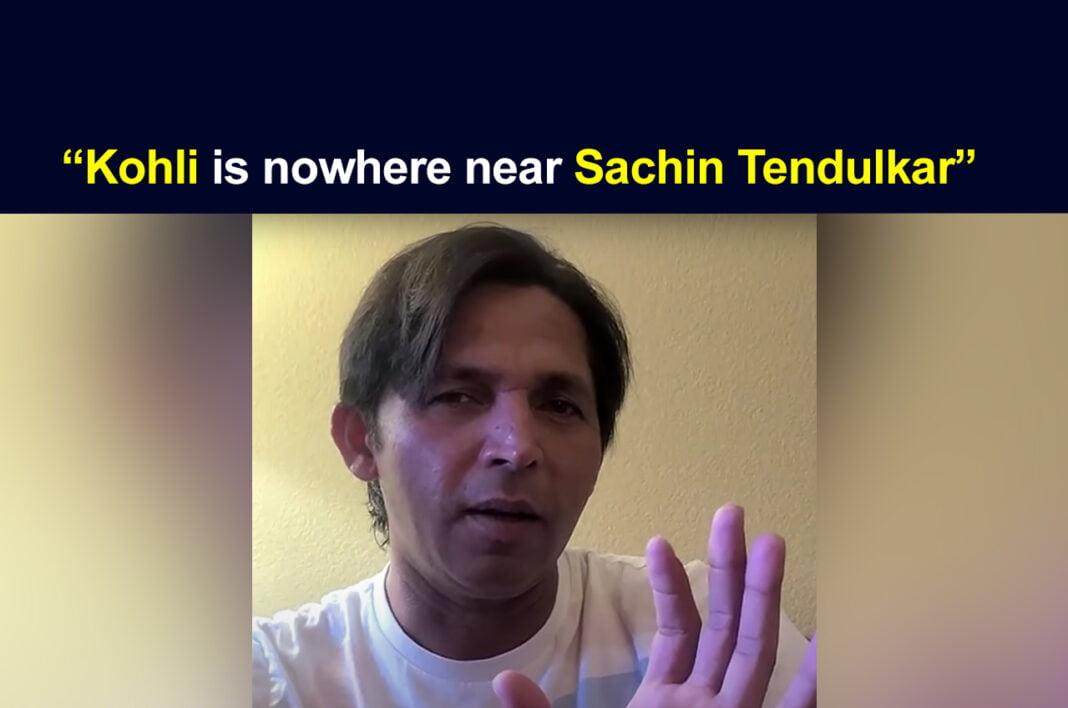 Cricket is madly loved in both India and Pakistan and both the countries like comparing several players. Comparison between Indian skipper Virat Kohli and “God of Cricket” Sachin Tendulkar, Virat Kohli and Pakistan batsman Babar Azam have become favourites of the cricket fans.

Entering into this debate former Pakistani fast bowler Mohammad Asif has made a strong statement. During an interview with a YouTube channel CoverDriveCricket, Asif said that Kohli will nowhere reach near Sachin Tendulkar.

He was asked to compare Virat Kohli and Babar Azam. To this, he said, “Kohli is a bottom-handed player. He is doing good because of his fitness. Once he sees decline, he won’t be able to make a comeback.”

For Babar, Asif said, “He is an upper-handed player, just like Sachin Tendulkar. His bat moves fluently.”

Further, he added, “People still says that Kohli is better than Sachin. No! He won’t even come near to what Sachin was. This is my opinion. Sachin was an upper-handed player. Technically, a few people know this.”

One of the biggest records that Sachin holds is of scoring 100 international centuries. Kohli has scored 70 centuries till now. While Babar Azam has till now scored 20 centuries. Out of the three, Kohli is the only one to maintain an average of more than 50 in all the international formats.