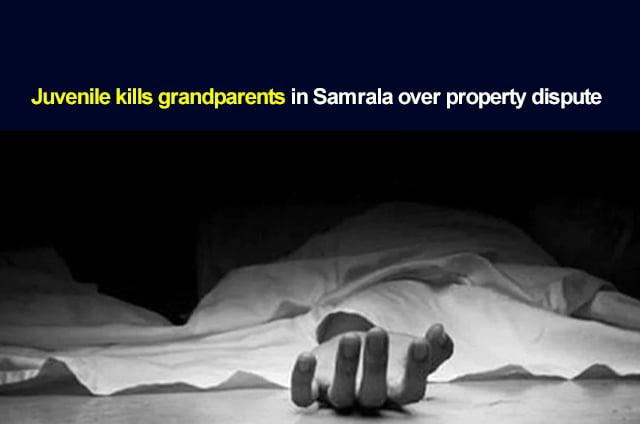 A juvenile (17-year old) reportedly killed his grandparents over a property dispute in a village in Samrala. The incident happened on Wednesday when the accused grandparents visited the Samrala village house, where he lived.

The reports suggest that the accused was a student of class XI. His grandparents lived in Ludhiana. They had come to the accused’s house. When they saw his room, the accused locked the door from inside and attacked his grandparents with an axe. The neighbours heard their screams but they could not do anything.

When the incident happened, the accused’s father and sister were at work. His mother had gone to a relative’s place.

After getting the information, a police team reportedly reached the spot. The bodies were seized and sent for post-mortem. Samrala DSP Harinder Singh Khera reportedly said that the accused has been booked and yet to be arrested.

The boy’s mother has also been arrested for criminal conspiracy. TOI’s sources suggest that the accused’s parents and the victim couple were not on good terms.