Internet services suspended in Patiala in order to stop rumour-mongering 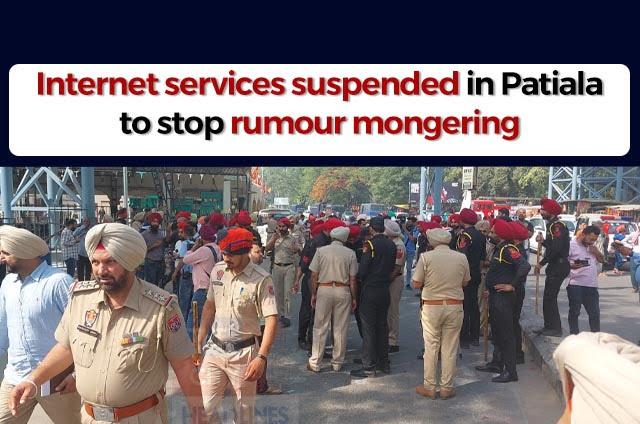 In order to stop the spread of misinformation and to maintain law and order in the district hit by communal violence, the mobile internet services in Patiala have been suspended till 6 pm today.

The administration has given these orders saying, “there is a likelihood of tension, annoyance, obstruction or injury within the limits of Patiala.”

Principal Secretary Home Affairs and Justice, Anurag Verma has given orders of suspension of the mobile internet networks (2G/3G/4G /CDMA) except for voice calls. DC Sakshi Sahni also said that there is no need to panic and the internet suspension is just an abundant caution being taken by the government.

She also appealed to the media to play a responsible role and said that a lot of misinformation was spread yesterday, which was not true.

On Friday, April 29, two groups, one of Shiv Sena and the other one of pro-Khalistan Sikhs, clashed against each other in Patiala. Several videos went viral on the internet where both the groups were seen waving swords and indulging in stone-pelting.