Including cabinet, 50 pilgrims in first jatha to Kartarpur Sahib 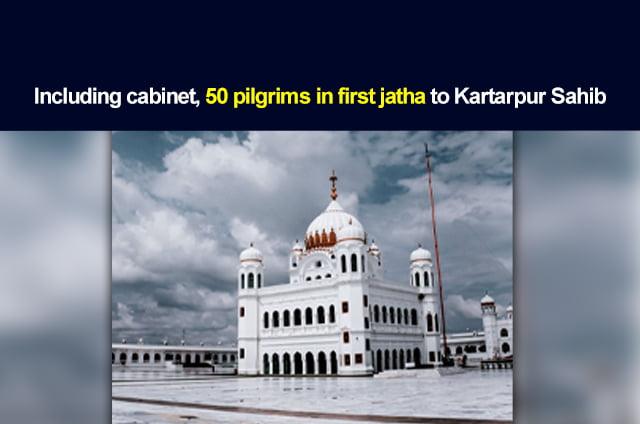 The ruling and the opposition party has welcomed the decision of the Centre government. Also, Captain Amarinder Singh was one of the first political leaders from Punjab to thank PM Narendra Modi for the decision.

Punjab Chief Minister Charanjit Singh Channi and Punjab Pradesh Congress Committee Chief Navjpt Singh Sidhu also welcomed the decision. Shiromani Akali Dal president Sukhbir Badal said that he was happy about the reopening of the decision. Further, he said, “I and Harimarat Badal had written letters to the Prime Minister. It was the demand of a lot of people, it was a sentiment of an entire community that is being fulfilled.”

Last year, in March 2020, the Kartarpur corridor was shut because of coronavirus restrictions. On June 27, Pakistan had reportedly shown willingness to reopen the corridor citing improvement in the coronavirus situation. The Kartarpur corridor is 4.5 km long and it connects Dera Baba Nanak shrine in Punjab’s Gurdaspur and Shri Kartarpur Sahib in Pakistan. It is believed that the founder of Sikhism, the first Sikh Guru Nanak Dev spent the last 18 years of his life.