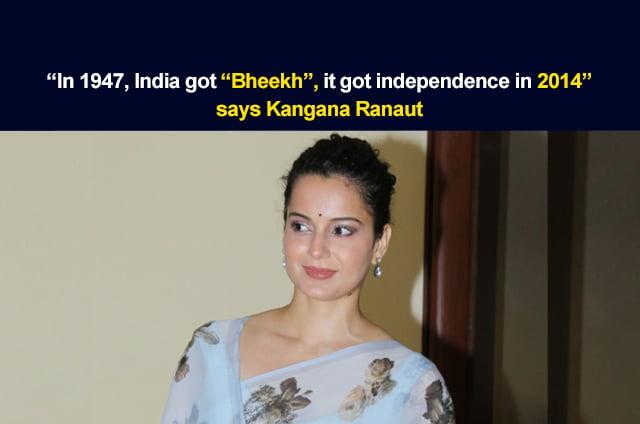 Actor Kangana Ranaut, who often remains in limelight because of her statements, is once again being discussed on Twitter. Once again, for her statement!

During an interview with a news channel, Kangana Ranaut was seen saying that India got the independence in 2014 (when Modi’s regime as PM started), and in 1947, we got “Bheekh”.”

BJP leader Varun Gandhi also lashed out at Kangana for her comments.

Sharing a short clip of Kangana’s interview, Varun Gandhi asked, “Should I call this thinking madness or treason?”

It is to be noted that Kangana Ranaut has been banned from the microblogging platform Twitter because of her controversial statements.

The internet media is once again criticising Kangana Ranaut.

Actor Swara Bhaskar also reshared the video asking, “Who are the idiots who are clapping is what I want to know…”