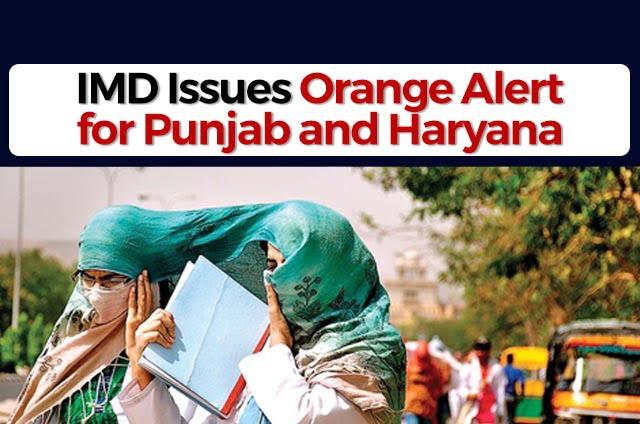 “We have issued Red Alert for Rajasthan for an intense spell of the heatwave. Similarly, we have issued an Orange alert for Punjab, Haryana, Uttar Pradesh, eastern Madhya Pradesh, and Delhi,” senior officials at IMD reportedly said.

Most parts of Northwest India, including Punjab, Haryana, Rajasthan, Madhya Pradesh and Uttar Pradesh have experienced heatwave to severe heatwave conditions on Saturday and Sunday.

Regarding the weather, the IMD officials predicted that the approaching western disturbance is likely to affect Northwest India. “The clouds are observed in some parts of Jammu and Kashmir.

So, we can expect a significant decrease in the temperatures after 24 hours, which will eventually decrease the condition of ‘severe heatwave in northwest India, specifically, Punjab, Haryana, and Rajasthan,” the officials said. On Monday and Tuesday, the weather conditions are likely to improve.