“I am old enough to be his father”, Amarinder Singh for Navjot Sidhu 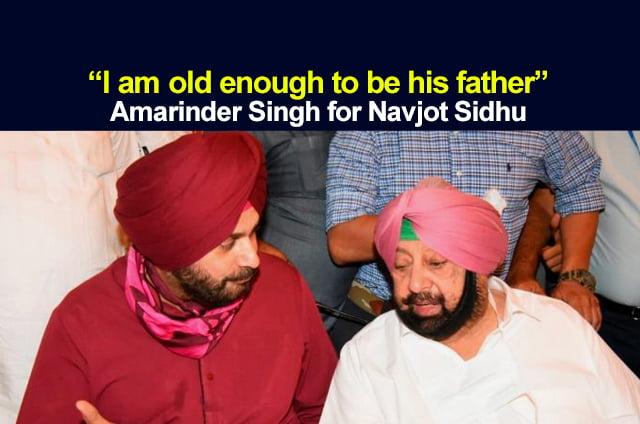 In his resignation letter to Congress President Sonia Gandhi, former Chief Minister of Punjab Captain Amarinder Singh wrote that he was old enough to be Navjot Sidhu’s father. Yet, he did not stop using “filthiest” and “most vile language” against Amarinder Singh.

On Tuesday, November 2, Captain Amarinder Singh resigned from the Indian National Congress and also revealed the name of his new political party.

Captain Amarinder Singh informed that ‘Punjab Lok Congress’ is the new name of his party and the registration was pending approval with the Election Commission of India.

He wrote that Sonia Gandhi chose to appoint an “acolyte of the Pakistani deep state Navjot Sidhu who publicly hugged the Pakistan Army Chief and Prime Minister”. Singh also pointed out that 82 Punjabi soldiers were killed since he took over as the Chief Minister in 2017.

Further, he wrote that rather than being reined in, Sidhu was patronised by Rahul and Priyanka Gandhi.