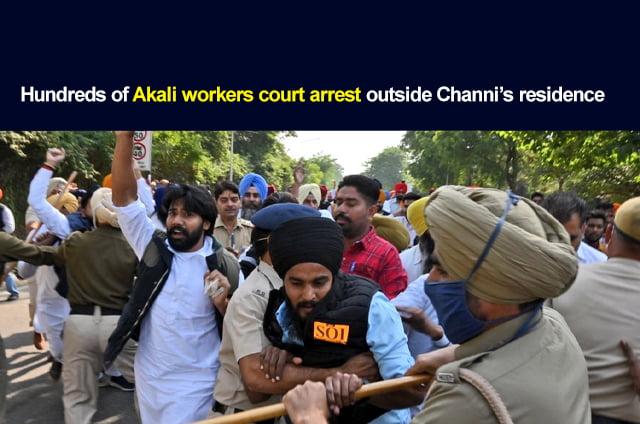 The Akali Dal workers had been protesting outside Channi’s residence with several demands. The workers were demanding compensation for the cotton growers whose crop was destroyed. Other than that, they were demanding a reduction in fuel prices.

Also, Shiromani Akali Dal workers were protesting against the appointment of Jagdish Tytler as one of the permanent invitees to the Delhi Pradesh Congress Committee.

SAD President Sukhbir Badal took to Twitter and shared the pictures from the protest site. In a series of tweets, Sukhbir condemned Congress. He also shared a picture where a person’s head was wounded.

Have a look at the series of Tweets