How can Narendra Modi travel to the US after taking Covaxin shots? 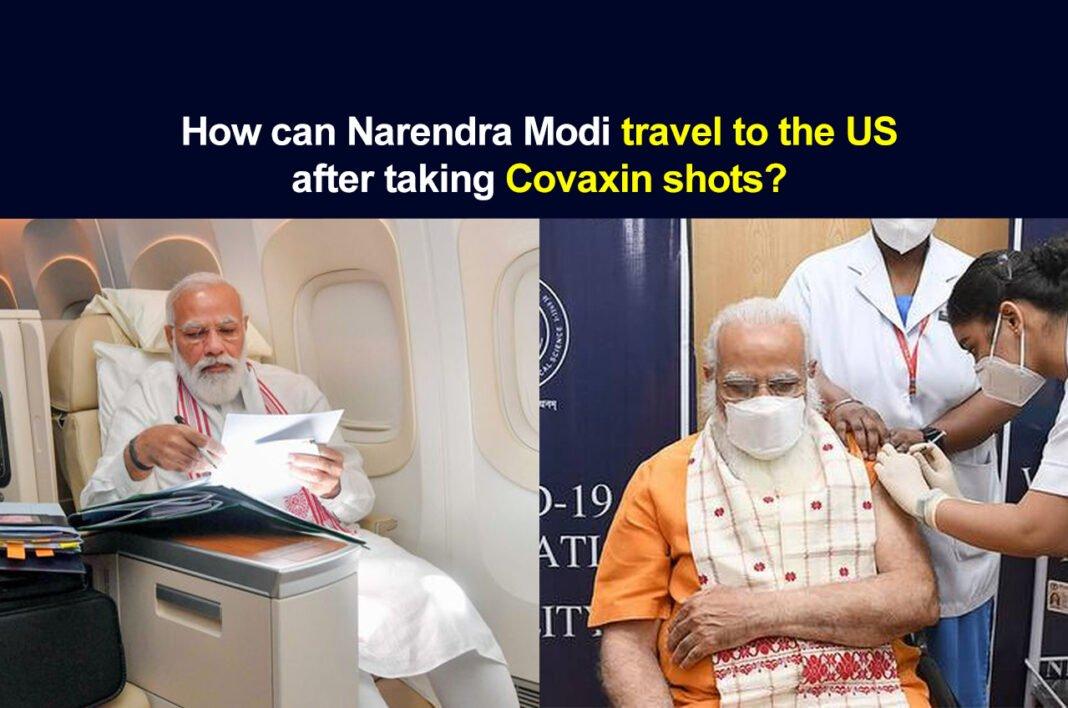 As we know that Prime Minister Narendra Modi is on a visit to the US, several questions are being asked about his travel. It is to be noted that on March 1 this year, Narendra Modi took his first Covaxin shot. However, India is still waiting for the World Health Organization (WHO) to recognize Bharat Biotech’s Covaxin.

The Food and Drug Administration in the United States has not given any approval to Covaxin for emergency use. In simple words, an Indian vaccinated with Covaxin cannot take a flight to another country that has not approved it. He/She will be considered unvaccinated.

So, the people are questioning if Narendra Modi has taken Covaxin, how can he visit the US? And if he can, why others can’t travel?

Producer of the show “Indian Idol” Nikhil Alva were amongst the first few people who questioned it. He took to Twitter and wrote, “Like our PM, I too got jabbed with our Atamnirbhar COVAXIN. Now, other than Iran & Nepal, and a handful more, I can’t travel anywhere in the world. Which is why I am perplexed to hear that our PM is off to the USA, that doesn’t recognise COVAXIN. So, which vaccine did he really take?”

DNA India has an explanation for it.

According to DNA, United Nations invite countries to participate in the UNGA and the US cannot deny any head of the state to visit New York. During his visit to the US, Modi will also address the United Nations General Assembly (UNGA). The report by DNA also said that Brazil President Jair Bolsonaro has not taken any vaccine till now but still he would attend the meet.

In a conversation with BBC, Anil Trigunayat, who has been Indian ambassador to many countries, reportedly said, “The covid crisis is new to the whole world. For political dialogue, the host countries can relax the rules. It can also be possible for a UN meet.”

Foreign  Policy analyst Shailendra Deolankar also reportedly said that this issue is not only for India but for every country. He said that not every country can have the vaccine which is recognized in the United States. There are lakhs of people in India who want to go abroad but have taken Covaxin shots. Only Estonia, Iran, Nepal, Mauritius, Guyana, Sri Lanka, and Greece have approved Covaxin.