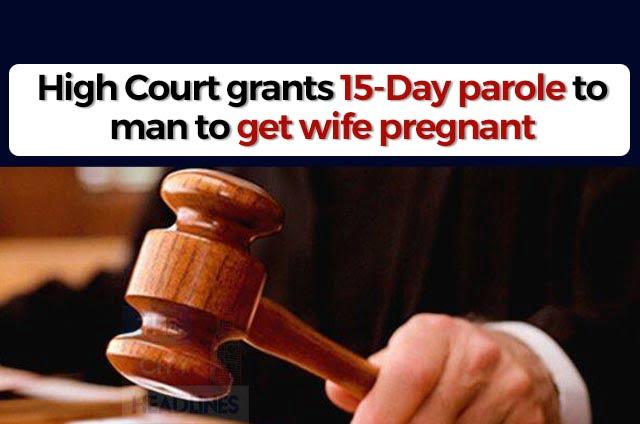 In a weird incident, the High Court has granted 15-Day parole to a man to impregnate his wife. According to the reports, the Rajasthan High Court has given these orders on April 5.

The Jodhpur bench of the high court has given these orders. As per the reports, the man’s wife had filed a petition demanding parole for her husband.

34-year-old Nand Lal’s wife Rekha had reportedly filed the petition and sought the release of her husband on the “right of progeny”.

The bench was headed by judges Sandeep Mehta and Farjand Ali. The judges in the order said that the wife of the man who had been arrested, was innocent and her “sexual and emotional needs associated with marital lives are affected” by the man’s imprisonment.

In the order, the bench also said, “It is found apposite to hold the spouse of the convict-prisoner cannot be deprived of his or her right to get progeny.”

In the orders, the court also referred to the Hindu scriptures, tenets of Judaism, Christianity and Abrahamic religions. According to the reports, Nand Lal is serving life imprisonment and is lodged in Ajmer Central Jail. In 2021 also, he was given a 20-day-parole. The court has also noted that Nand Lal’s conduct has been well in the jail.