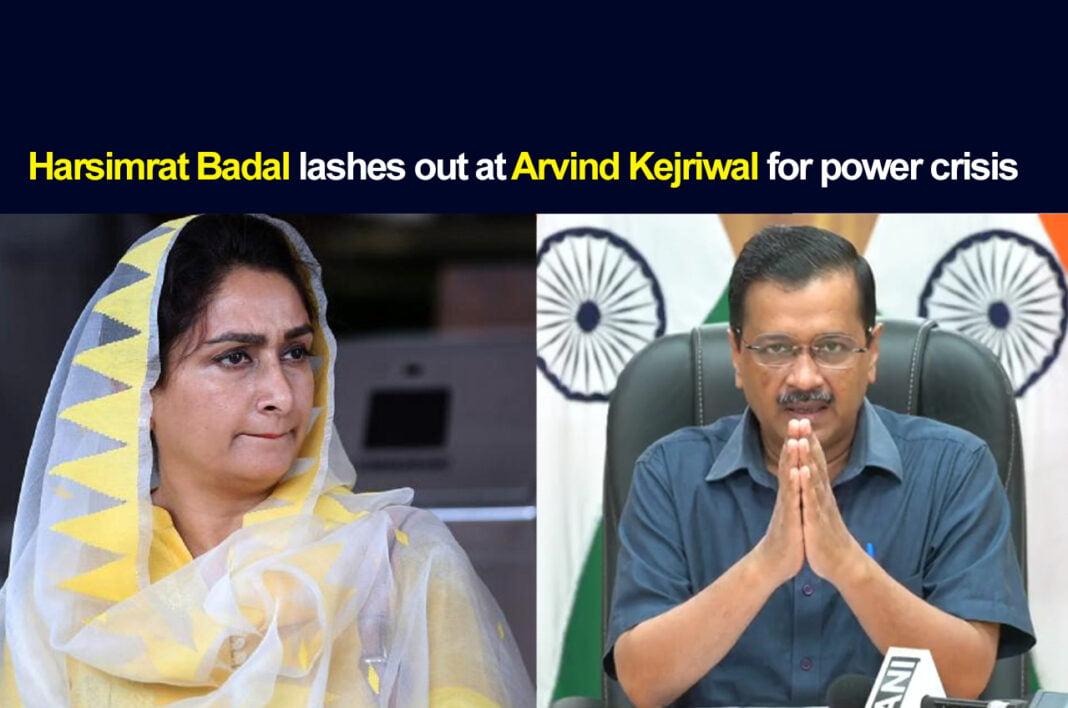 Before his visit, Harsimrat Badal took to Twitter and in a series of tweets, she used words like “Topi Trickster”, “King Clown”. She wrote that Kejriwal was expecting Punjabis to be foolish and believe his lies of giving 300 units of free electricity to Punjab, “which he hasn’t given to Delhites”.

Moreover, she wrote, “Topi Trickster will promise Moon to Punjabis while Delhites dread Kaali Diwali.” Harsimrat also claimed that AAP had no money to buy power for the Delhi people.

It is to be noted that Arvind Kejriwal will visit Punjab for two days. To this, Harsimrat wrote, “@ArvindKejriwal comes to Punjab again after officially seeking closure of Punjab Power plants and diversion of their coal to Delhi.” She also wrote that Kejriwal believed that Punjabis, especially farmers, would live without power to save Delhi from the darkness.

Have a look at Harsimrat’s Tweets: