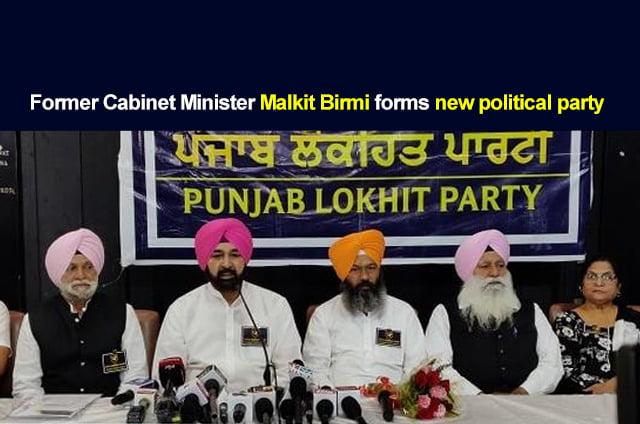 Former cabinet minister of Punjab Malkit Singh Birmi on Tuesday announced a new political party named Punjab Lokhit Party. Birmi informed that his party would fight in the 2022 Assembly Polls on all 117 seats of Punjab.

In a press conference held at Chandigarh Press Club on Tuesday, Malkit Singh informed that the party would work mainly for the welfare of the OBC (Other Backward Classes).

He said that the OBC community has decided to form a political party so that they can get justice.

Further, he said that several government policies are designed for the upliftment of this section (OBC) of society. However, people are not getting any advantage. According to the reports, 35 organizations of different categories have united to register the party.

Unanimously, all the organizations have elected Malkit Singh as the President of the Punjab Lokhit Party.