Five issues to be acted upon immediately, Arvind Kejriwal to Channi 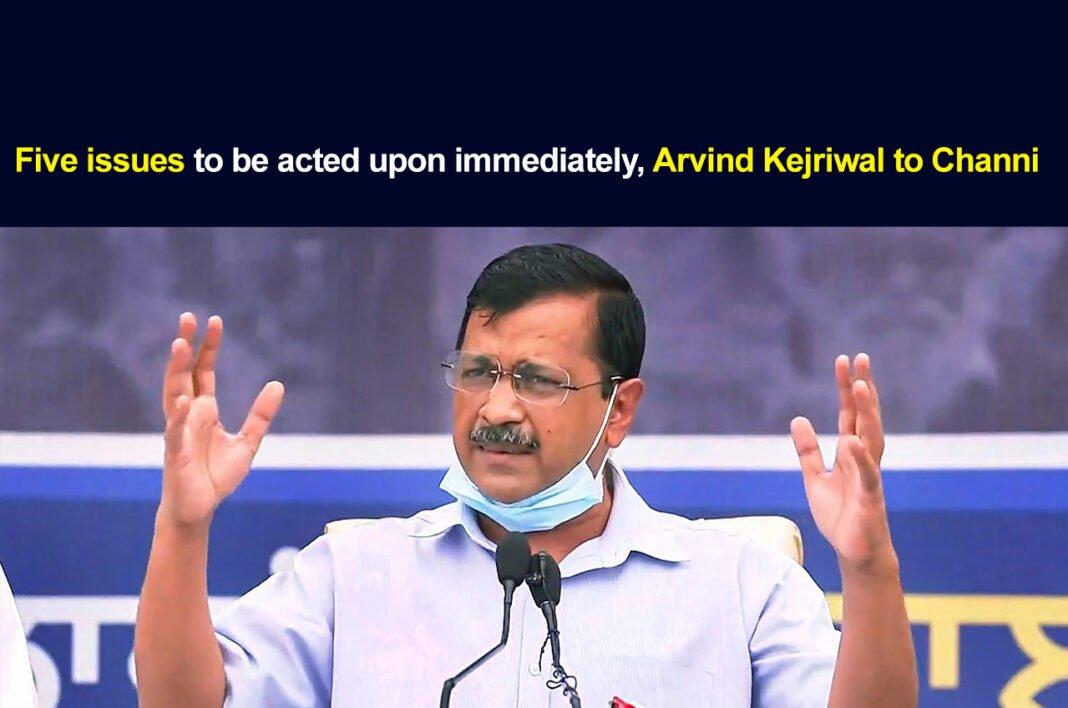 Delhi Chief Minister Arvind Kejriwal after reaching Chandigarh addressed the media on Wednesday, September 29. He said that the Punjab government should work on five issues on a priority basis.

“I want to tell Charanjit Singh Channi that the public in Punjab wants the government to work on five issues immediately,” he said.

Arvind Kejriwal also said that the government should work on fulfilling the promises that Captain Amarinder Singh made in the year 2017. He has also demanded the waiver of farmers’ loans. Lastly, Kejriwal has asked for the cancellation of the Power Purchase Agreements.