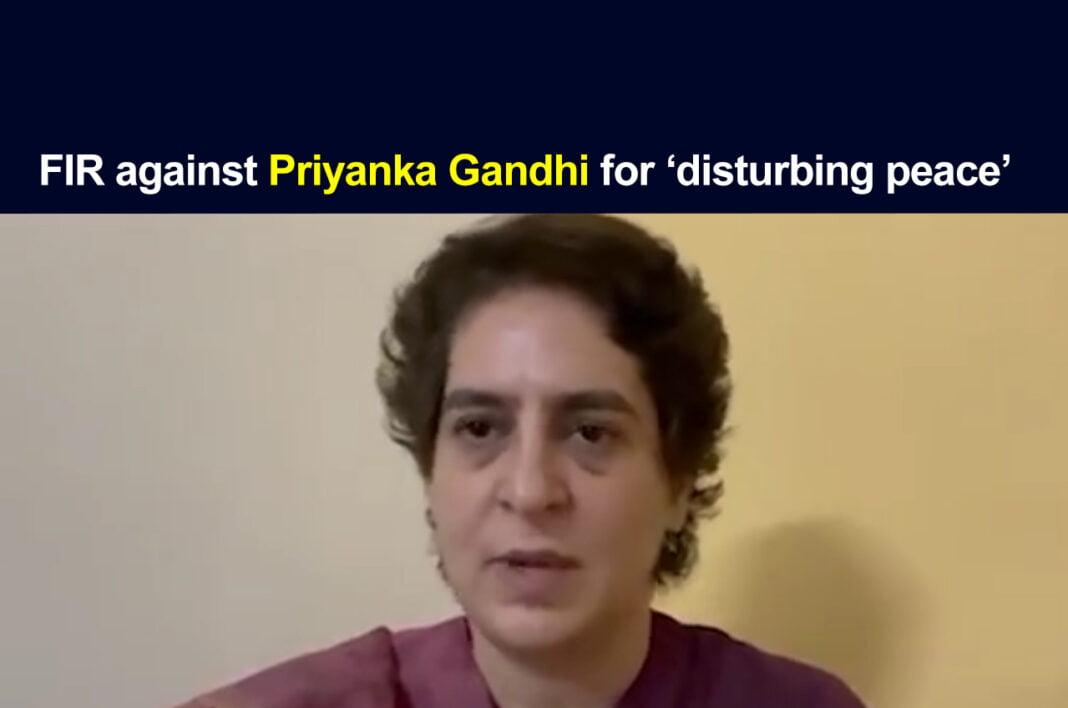 An FIR against Priyanka Gandhi Vadra and 11 others has been filed at Hargaon police station, Sitapur district on Tuesday, for ‘disturbing peace’. As per the reports, under sections 107, 151, 116 of the IPC, Priyanka Gandhi has been booked.

This FIR report came hours after Priyanka Gandhi took to Twitter and called out PM Narendra Modi for not taking action against the culprits of the Lakhimpur Kheri incident where four farmers died.

She wrote that Narendra Modi’s government had kept her in detention for the last 28 hours without any order or FIR. Further, Priyanka asked why the one crushed the farmers had not been arrested.

Priyanka Gandhi also shared a video of the incident where a car can be seen running over the protesting farmers.

In another video, Priyanka Gandhi addressed Prime Minister Narendra Modi and asked why the ministers involved in the Lakhimpur Kheri incident have not been removed yet.