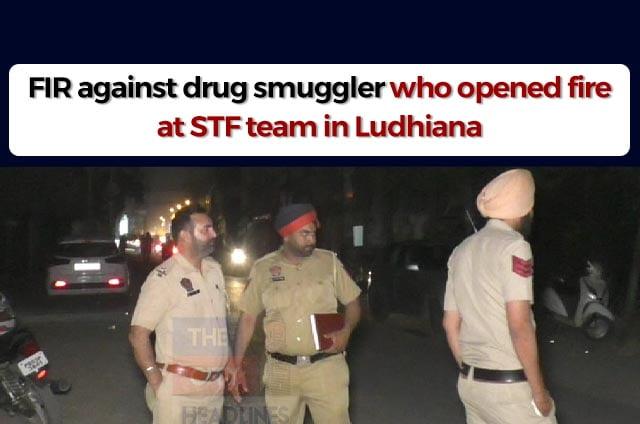 A man tried to hit the STF team in Ludhiana with his SUV. The incident happened on Wednesday night near Dhandra Road. The accused also opened fire at the police team while trying to escape. He has been booked under sections of the Arms Act, attempt to murder, obstructing government duty.

The accused has been identified as Deepak Kumar alias Deepu Kandewala, a resident of Tajpur Road Guru Arjun Dev Nagar. He also opened fire at the police team. The police tried to catch him but he managed to escape with his Fortuner car.

Later, the police team reached the accused’s home and recovered 315 grams of heroin, 20 grams of opium, two cartridges of 32 bore and 21,800 drug money. A separate case has been registered in this matter.

Several cases of drug smuggling have been registered against the accused in the past. The police informed that the accused was going from his gym to village Khedi Jhamedi to deliver a heroin consignment.

STF conducted a raid on his home and during this, his family members were also present there. There are eight to ten drug smuggling cases registered against the accused Deepak. He has also been convicted in a case registered in Model Town police station and was out on bail. Apart from this, the accused has been declared fugitive by the court in Gandhi Nagar of Jammu and Kashmir.