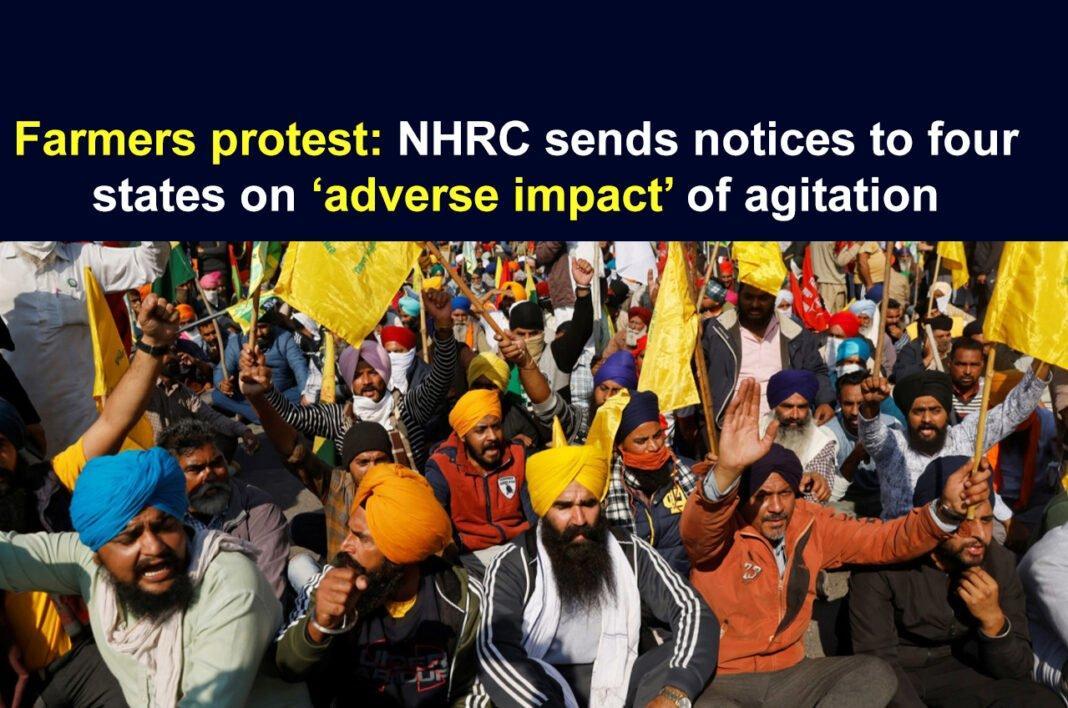 Because of the ongoing farmers’ protests, the public in the country’s northern states has faced several issues. Now, the National Human Rights Commission has issued notices to the Central government, Haryana, Delhi, Uttar Pradesh, and the Rajasthan state governments to take action

Other than that, NHRC has also issued a notice to the Jhajjar District Magistrate in the case of alleged gang rape of rights activists at the protest site in Tikri. The commission has asked for a reply by October 10.

Several people have complained that the protests had affected transportation and industrial units. Acting on those complaints, NHRC also sent notices to the chief secretaries and police chiefs of the aforementioned states.

The commission has also noted that over 9,000 small, medium and large-scale industries were being affected. Moreover, it has been alleged that senior citizens, differently-abled and patients had suffered a lot because of the traffic congestion due to protests.

The public has also complained about the non-compliance of Covid protocols on the protest sites. The National Disaster Management Authority, Union Ministry of Home Affairs and Union Ministry of Health have reportedly been asked to submit reports with respect to the “adverse impact” of the agitation on various aspects.