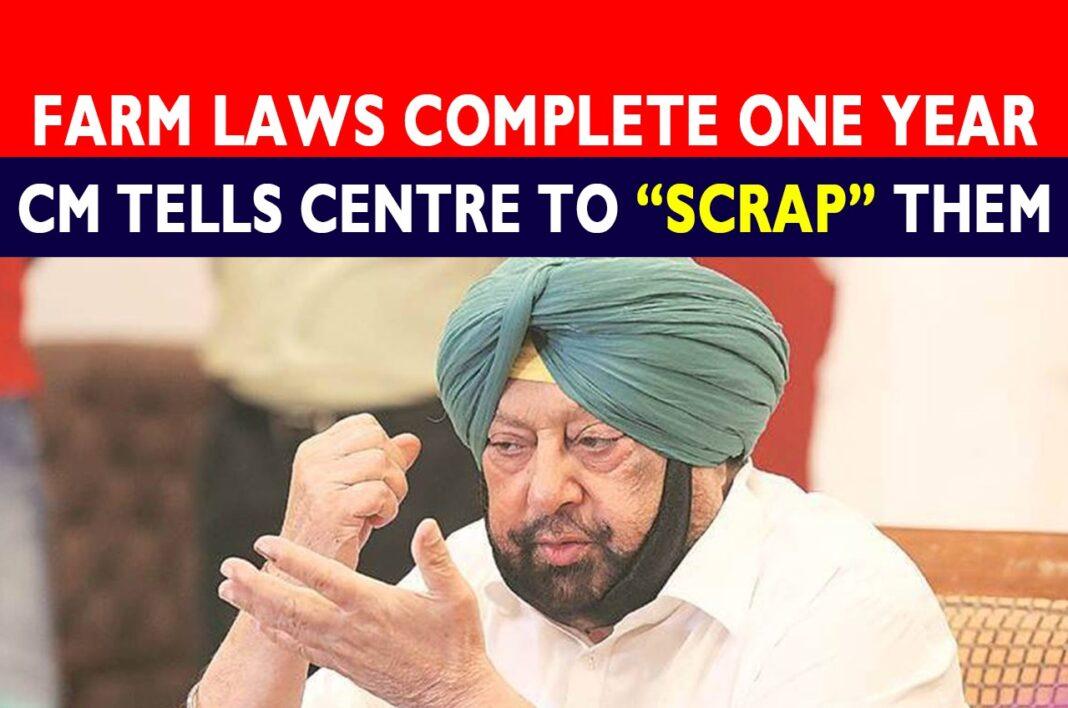 As the nation marked one year of the farm laws, Punjab Chief Minister Captain Amarinder Singh on Friday demanded immediate scrapping of the legislations by the Centre, calling for detailed discussions with the farmers to find a way forward.

Pointing out that many farmers had died in these protests, the Chief Minister said it was high time and the Central Government should withdraw the legislations in the interest of the farmers and the nation.

“Till date, the Indian Constitution has been amended as many as 127 times, so why can it not be amended once again to scrap the Farm Laws and resolve the imbroglio resulting from them. What is the problem in doing it a 128th time,” asked the Chief Minister.

Recalling that he had been asked by the Centre to stop Punjab’s farmers from going to Delhi last November, the Chief Minister said he had refused point-blank to do so, as protest is the democratic right of farmers.

“Why should they not protest? How can I stop them,” he asked, making it clear that he continues to stand with the farmers. Noting the contribution of Punjab and its farmers to the country’s growth, the Chief Minister said the state, with only 1.53 % of total geographical area of India, produces about 18% of the country’s wheat, 11% paddy, 4.4% cotton and 10% milk. For the past many decades, Punjab has been contributing about 35-40% of wheat and 25-30% of rice to the central pool, he said.