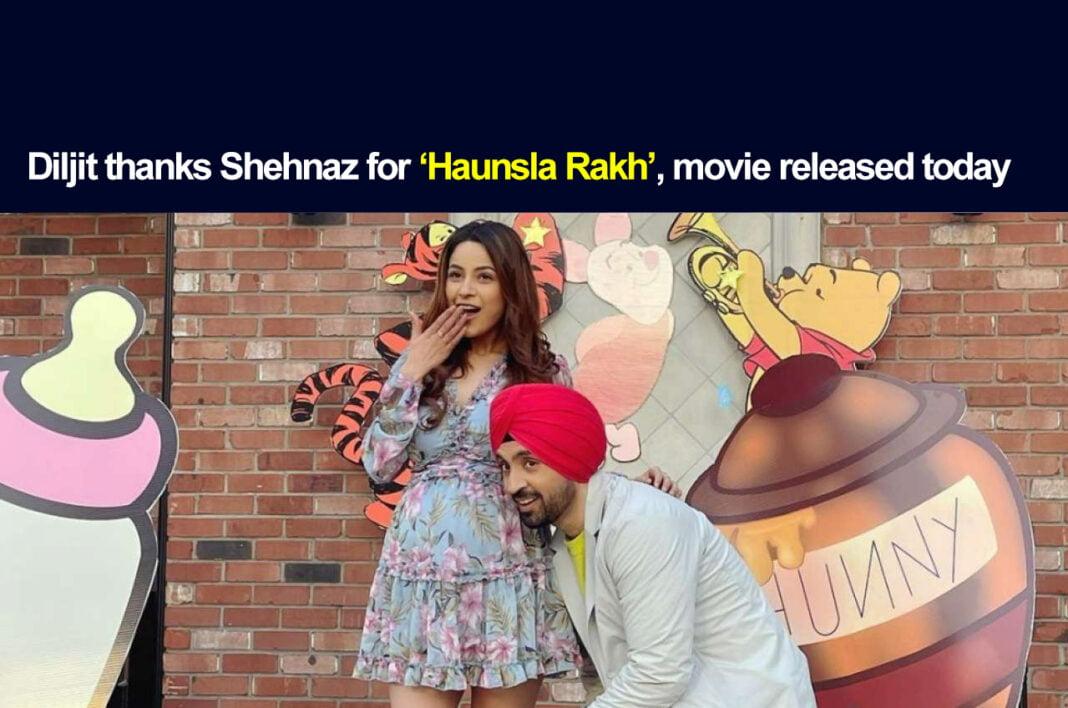 Shahnaz Gill and Diljit Dosanjh starrer ‘Haunsla Rakh’ will hit the silver screen today. On Thursday, Diljit Dosanjh shared a picture with Shehnaz Gill on the Instagram story and thanked him for the movie. Also, he wrote that Shehnaz was a very strong woman.

It is to be noted that this is Shehnaz Gill’s first appearance on screen after his close friend Sidharth Shukla’s death on September 2. Sidharth, who died of a cardiac arrest, was just 40 years old. Sidharth and Shehnaz gained the limelight because of their friendship in Bigg Boss season 13.

Since Shukla’s death, Shehnaz did not post anything on social media. The movie ‘Haunsla Rakh’ is expected to be a blockbuster as people are eager and curious to see Shehnaz on the screen once again.

The film’s star cast includes Diljit Dosanjh, Shehnaz Gill and Sonam Bajwa. Shehnaz played the role of a woman who accidentally gets pregnant. Diljit plays the role of a single father.