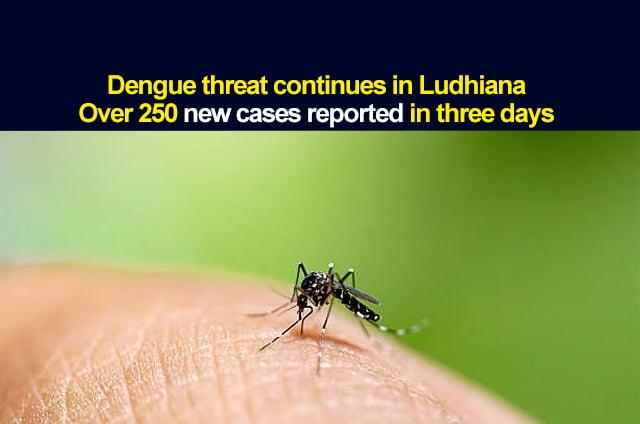 The dengue cases in Ludhiana are on a continuous rise as in the last three days, more than 250 dengue cases have been reported in the city.

On Friday, 63 people from Ludhiana fell prey to dengue. One of the highest single-day spikes was witnessed on Wednesday when 122 dengue cases were reported in Ludhiana. On Thursday, 74 people contracted dengue.

In Ludhiana urban (Khanna, Jagraon and Ludhiana city), a total of 956 dengue cases have been reported. In Ludhiana’s rural belt, 207 cases are witnessed. The worst affected rural area is Koom Kalan with 38 cases.

Also read: Facebook has become “Meta” | Know what is a metaverse and how will it work