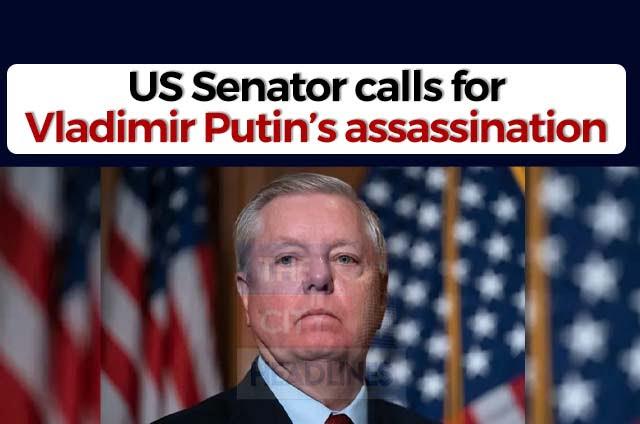 Senior United States senator Graham Lindsey has called for someone from Russia to assassinate the Russian President Vladimir Putin.

In a televised interview with Fox News, Graham Lindsey said that somebody in Russia has to step up to the plate and “take this guy out”.

He also repeated the same in a series of tweets.

Graham said, “You would be doing your country – and the world – a great service.” He wrote, “Is there a Brutus in Russia? Is there a more successful Colonel Stauffenberg in the Russian Military?”