Three students killed by a drunk car driver in PAU 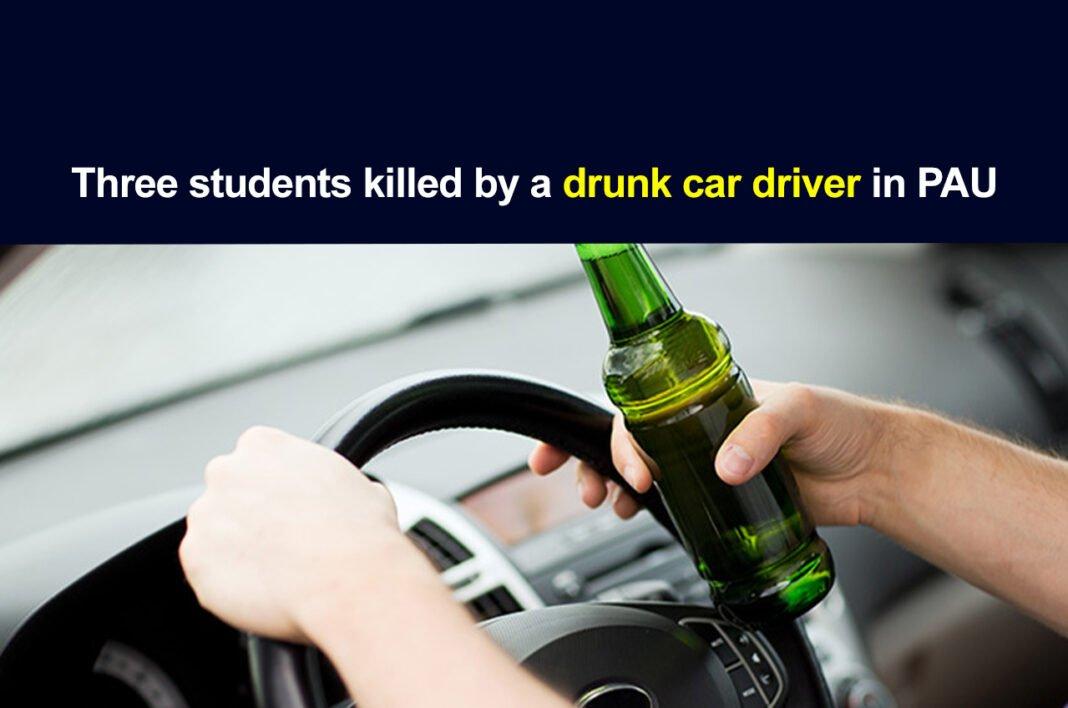 Three students from Punjab Agricultural University lost their lives on Wednesday after they were hit by a car being driven by a drunk man. The deceased were walking back to their PG after having their food at the mess of hostel no. 1.

However, the accused ran away. The reports suggest that the driver was also a student of B. Sc. in PAU. The security guards informed that the car belonged to his friend who was sitting next to him and both of them were drunk.

The officers from PAU Police Station reached the spot. The car has been seized as the accused ran away. Station in-charge Jaskanwal Singh said that and further investigation is underway and action will be taken accordingly.