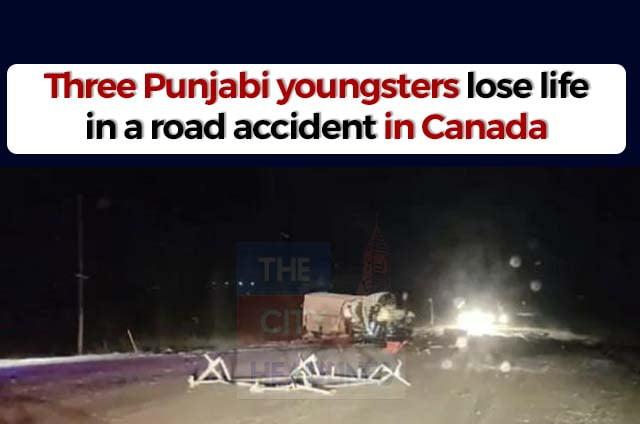 In a road accident that happened in Ontario, three Punjabi youth lost their lives. As per the reports, a van and a trailer truck collided near Highway-6 near the Heather township of Ontario.

The Punjabi youth were travelling in a van in the night when it collided with a trailer truck. As per the reports, the deceased has been identified as Gurinderpal Lidhar, 31, of Mono Town, Ontario, Sunny Khurana, 24, of Brentford, and Kiranpreet Singh Gill, 22, of Barry Town.

The driver of the trailer was also seriously injured in the accident and has been admitted to a local hospital. The reports suggest that two of the three Punjabi youths died on the spot and one died at the hospital. Kiranpreet Singh belonged to Shimrewala village in the Faridkot district of Punjab.

The family members of Kiranpreet Singh reportedly told that Kiranpreet had gone to Canada in the year 2019 on Student Visa. He was returning home after completing his work. On their way home, the van collided with a truck.

The other two deceased reportedly belonged to the Jalandhar district of Punjab. Kiranpreet was the only son of his parents. The family is appealing to the government for help.