Section 144 imposed in Ludhiana after bomb blast in Court Complex 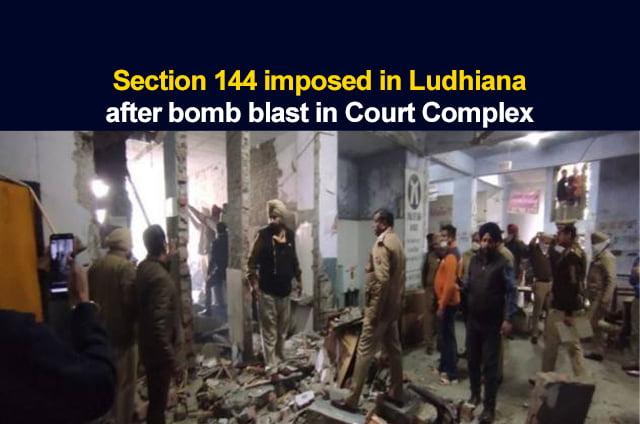 The city has witnessed a horrifying incident on Thursday as a bomb blast was witnessed inside the Court Complex. Now, Deputy Commissioner Ludhiana Varinder Kumar Sharma has ordered to impose Section 144 in the district till January 13.

These steps have been taken after Ludhiana witnessed the bomb blast. The whole city is in deep shock as after 14 years, such an incident has been reported from Ludhiana. Last time, a bomb blast was witnessed in the year 2007 at Shingar Cinema in Ludhiana.

As of now, two deaths have been confirmed and five people are injured.

Also read: “Deceased may have tried to plant bomb inside Court Complex”