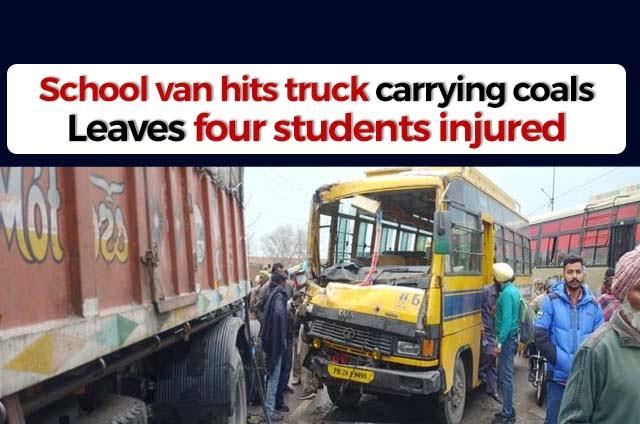 A school van carrying children collided with a truck loaded with coal in Moga on Saturday, February 26. As per the reports, the accident happened as the van suddenly came in front of the truck from the wrong direction.

As per the reports, Eight people including four students, two teachers and the driver of both vehicles were injured in the accident. They have been admitted to Mathuradas Civil Hospital for treatment.

In the preliminary investigation, the police suggest that the school van driver was coming from the wrong side. The truck driver suddenly tried to apply the brakes on seeing the school van.

The media reports suggest that the school van was from HS Brar Public School. The van was carrying students and going to school in the morning when the accident happened.

ALSO READ: Punjab government issues a 24×7 helpline number for those stranded in Ukraine