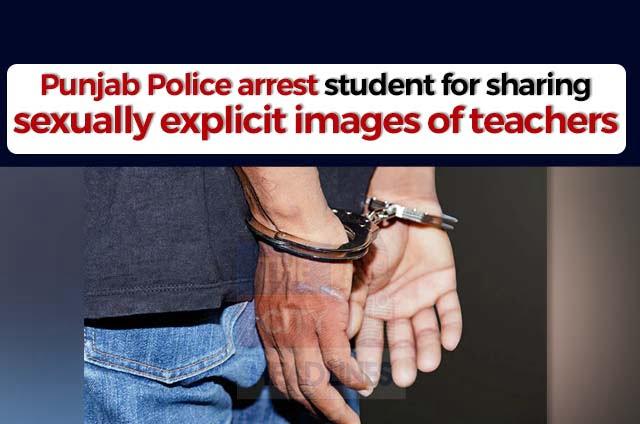 The Cyber Crime Wing of Punjab Police has arrested an accused involved in circulating sexually explicit morphed images of the faculty members of a university.

The accused arrested has been identified as Navjosh Singh Atwal. He is a resident of ivory Tower Sector-70 of Sahibzada Ajit Singh Nagar. Also, he is a student at the same university.

As per the reports, ADGP Cyber Crime said that a complaint was received from a private university on February 26. The faculty members alleged that someone was hacking their E-mail IDs, online teaching tools and was circulating their sexually explicit morphed pictures.

AIG State Cyber Crime Nilambri Jagdale gave the information about the incident. She said that the police teams contacted agencies of WhatsApp, Zoom, and Google.

Also, he used to circulate the media through fake WhatsApp accounts using VPN and hacking tools. Other than that, he used to post sexual content during online classes on platforms like Zoom. The police have recovered several electronic gadgets with installed VPN and hacking software.