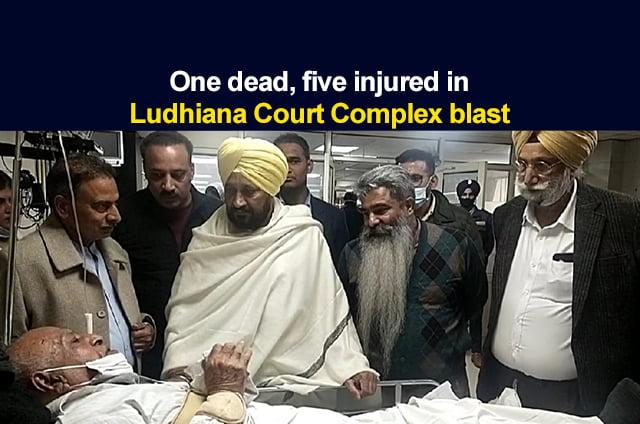 On Thursday, a bomb blast was witnessed in Ludhiana Court Complex around 12:30 pm. The incident took place on the second floor inside the washroom.

One casualty has been reported and five people have been injured in the horrifying incident.

Commissioner of Police Gurpreet Singh Bhullar said, “The injured are out of danger. Probably, the person found dead was carrying the explosive. However, nothing is confirmed yet.”

Deputy Chief Minister Sukhjinder Randhawa, Chief minister Charanjit Singh Channi, and Cabinet Minister Bharat Bhushan Ashu met the injured. It is to be noted that the dead body has not been removed from the site so that investigation and crime scene are not hampered.