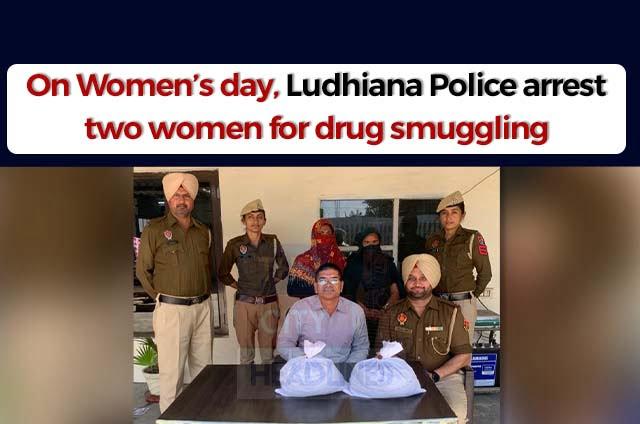 On one hand, while the whole country is celebrating Women’s Day, the Commissionerate Ludhiana Police has arrested two women for drug smuggling.

The police arrested the women when they were going to give delivery of Ganja.

On the basis of secret information, CIA II police team arrested the women. Police have registered a case under NDPS Act against Saravani alias Sunita and Preeto alias Jyoti, residents of village Malak Jagraon. Both the women were produced in the court. They have been sent on police remand for a day. The police team is now interrogating both the accused.

They said that their husbands are labourers and to quickly earn money, they indulged in drug smuggling.