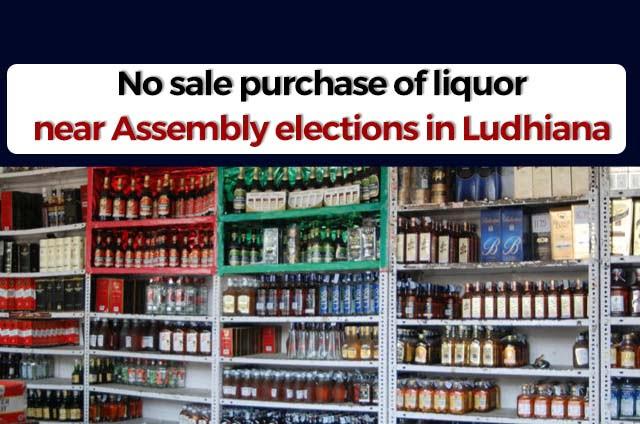 In his orders, Deputy Commissioner Varinder Kumar Sharma said that these orders will remain in force till March 12.

Other than that Varinder Kumar Sharma ordered that no sale and purchase of liquor would be allowed from February 18, ((6 pm) to February 20, the election day.

Near the elections, illegal trading of liquor for votes is reported a lot of times. That is why Deputy Commissioner Ludhiana Varinder Kumar Sharma has taken these steps.