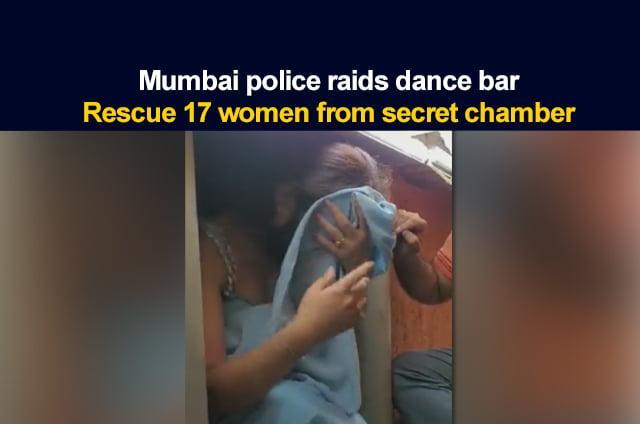 Mumbai police on Sunday night raided a dance bar in Andheri and rescued 17 women. The Social Service branch took the action and raided the dance bar.

The women were kept inside a secret chamber and it took around 30 minutes for the police to identify the possible cavity locations in the hotel room.

The Social Security team broke a mirror, a wall and then rescued the women from the cavity. According to the reports, several people including the manager have been taken into custody.

The Social Security team received a tip-off that women were made to dance in front of the customers at Deepa Bar in the Andheri area of Mumbai. After that, the team raided the place. The police reportedly informed that the advanced electronic systems placed in the bar premises informed the owners of the raid.

During the raid, a large mirror in the make-up room of the dance bar caught the attention of the SS team officials. The officials broke the mirror and the wall behind it. There, a secret chamber was found with AC and beds. According to the reports, an offence has been registered at Vile Parle Police Station after the raid.