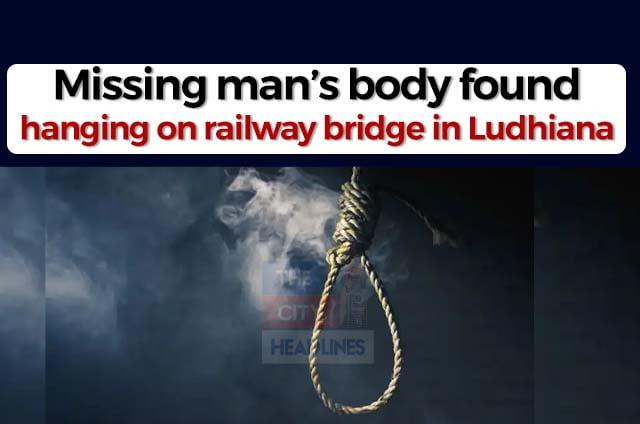 The body of a man, who had gone missing for 108 days from the New Subhash Nagar area, was found hanging near the old railway bridge located at Sutlej river.

On receiving the information, a team from Tibba Police Station took the body into custody and kept it in the Civil Hospital. His post-mortem will be held on Thursday.

Subhash Nagar outpost in-charge Jaspal Singh said that the deceased has been identified as Ravinder Kumar (33), a resident of street number 5/3 of New Subhash Nagar.

The police had registered a case of kidnapping on the complaint of the deceased’s brother Rajinder Kumar. The complaint was filed on Monday.

Rajinder Singh reportedly said that his father had died and his brother had installed hosiery machines at the residence. He used to do fabrication work for other factories. He had to pay bank loans because of this he was very upset and stressed. On December 5, without telling anyone, he left home and did not return.

On Wednesday evening, the Ladowal Police Station team found a dead body hanging at the railway bridge. The police team checked the body and found the Aadhar Card and Driving License. The deceased was then identified as Ravinder Singh of New Subhash Nagar. The family of the deceased was then informed and further investigation into the matter is underway.