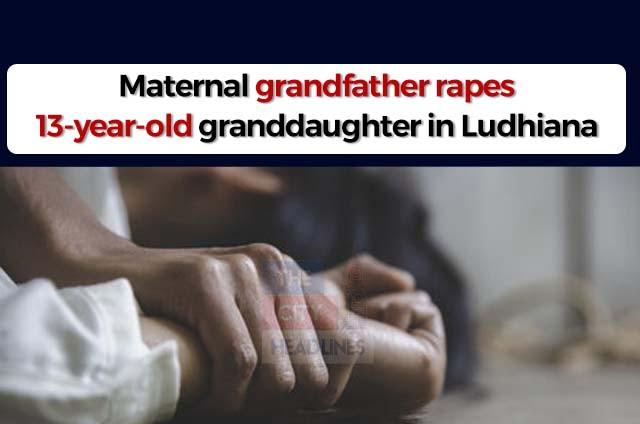 In the Neechi Mangli area of Ludhiana, grandfather allegedly raped her granddaughter. The incident came to light when the girl was taken to the Civil Hospital after she complained of abdominal pain.

The girl revealed that her maternal grandfather had been raping her. A case has been registered and the police have started the investigation.

In the complaint given to the police, the mother of the victim told that her 13-year-old daughter was living with her maternal grandmother in a factory built in Neechi Mangli area.

On March 22, the girl complained that she was having pain in her stomach. When she was taken to the Civil Hospital in Ludhiana, it was found that she was pregnant.

When she was questioned, she told that her maternal grandfather had raped her. He also threatened to kill her.

The police have registered a criminal case against Hem Raj, the maternal grandfather of the girl. The investigating officer of the case ASI Sahib Singh, the accused has not been arrested yet and efforts are on to arrest him.