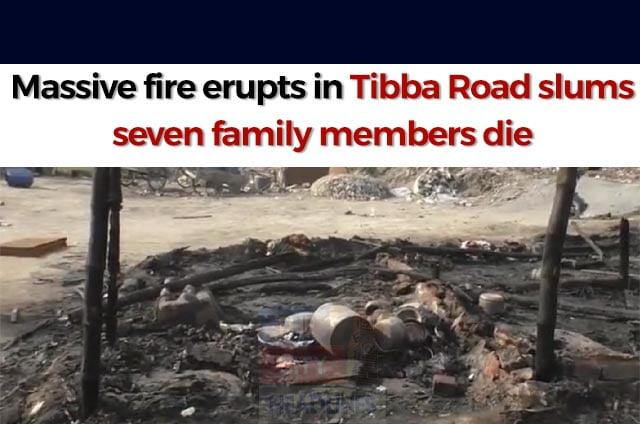 A fire that erupted near Tibba Road slums during the wee hours of Wednesday, has killed 7 family members of a family. The incident happened in the slums in the Makkar Colony area in Ludhiana. The reason behind the incident is not clear yet.

The police and the fire brigade team were immediately informed and reached the place. 7 members of a family, which basically belonged to Bihar, died in the incident. It included five children also. All of them belonged to the Samastipur district of Bihar.

One of the family members Rajesh did not die as he was not present at home when the incident. Last night, he had gone to his friend’s place because of which he did not fall prey to the fire. He informed that his father was a ragman.

The deceased have been identified as Suresh Sahni (55), Aruna Devi (52), their four minor daughters and a two-year-old son.