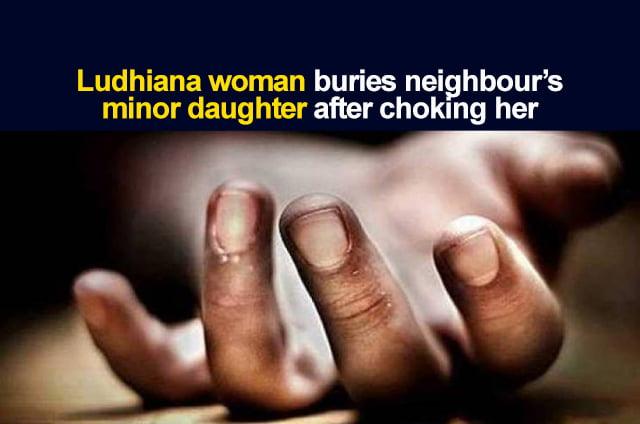 A woman kidnapped and killed a two-and-a-half-year-old girl after a quarrel with the family in the neighbour. The deceased girl’s father is a head constable and a resident near Kwality Chowk, Shimlapuri.

According to the reports, the woman took the girl on a scooter by luring her to get toffee. Later, she choked her and buried the body.

The incident came to light from the CCTV footage installed in the area and the police arrested the accused woman Neelam (33) and recovered the body.

Harpreet Singh, a resident of street number 8 near Shimlapuri Kwality Chowk, is a head constable in Punjab Police. His daughter was playing outside the house at 2:30 pm on Sunday. Her mother went inside the house for some work. When she came out she did not find her daughter on the street. The family searched around but did not find her. Later, they informed the police control room. The mother also called up the accused neighbour and asked if the girl was with her, but she flatly refused.

During the police investigation, CCTV footage was recovered and it was found that the neighbour took her somewhere. The police traced and arrested her.

Accepting the crime, Neelam reportedly said that she took the girl Jalandhar Bypass by luring her to get toffee. First, she choked the girl and then buried her. The local police went to the spot and recovered the girl’s body. When they took her to DMC, the doctors declared her brought dead.

Also read: “Ready to reply to all the questions”, says PM Narendra Modi