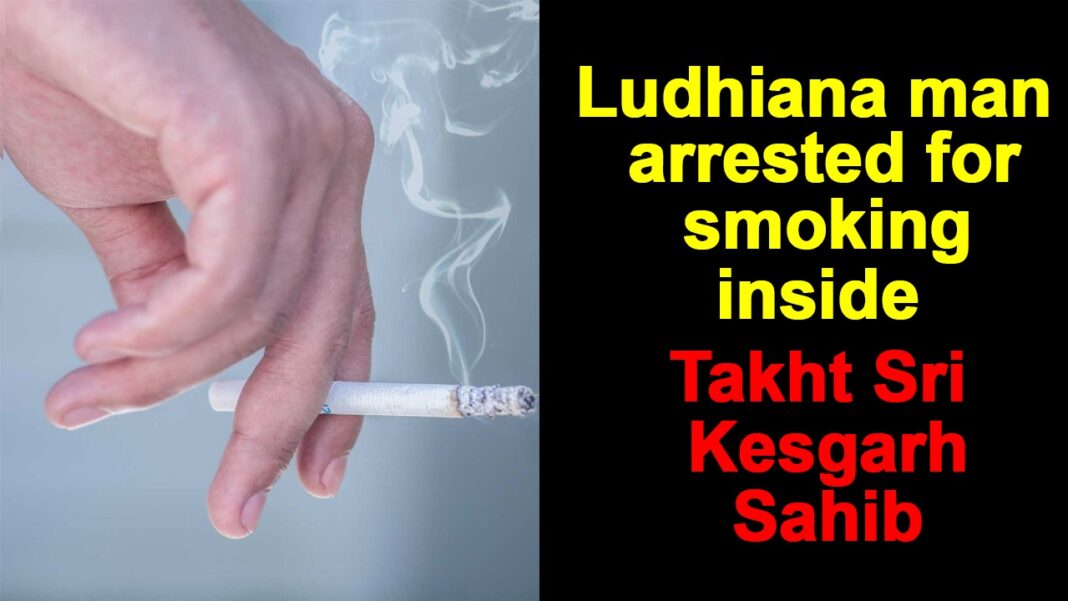 A resident of Ludhiana was reportedly arrested at Takht Sri Kesgarh Sahib on Monday as he was smoking inside the gurudwara premises. SGPC security guard Swaran Singh reportedly said that Paramjit Singh, the accused threw his cigarette behind the ragis’ sitting in darbar sahib. Also, he blew the smoke towards them.

The SGPC (Siromani Gurudwara Prabandhak Committee) security guards handed over Paramjit Singh to the police. His relatives have reportedly told the police that he was suffering from a disease called schizophrenia.

A person suffering from this disease loses the ability to think, feel and behave properly. The family said that he had been undergoing treatment for one year. SSP Ropar Vivek Sheel said that the police had arrested the accused.