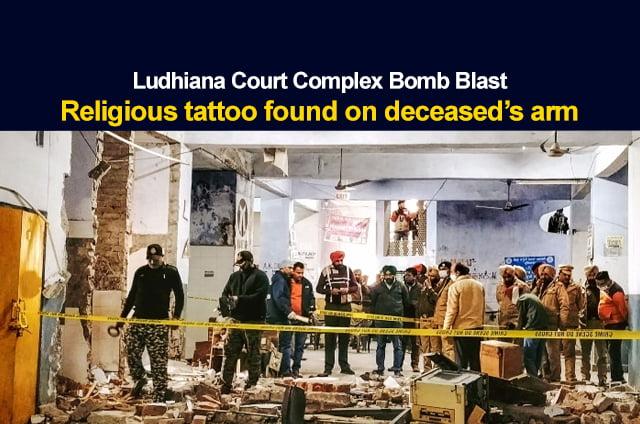 Ludhiana witnessed a bomb blast inside the Court Complex on Thursday, December 23. One casualty has been confirmed in the blast. Preliminary reports suggest that the deceased was carrying the bomb and while planting it, the bomb detonated.

Now, it has been found that a religious tattoo (Khanda) was there on the deceased’s arm. The impact of the blast was such that the body was found in four pieces. Also, it has been to the Civil Hospital.

Other than that, one mobile phone has also been found from the debris. It is to be noted that when the blast took place, the court was functioning. Also, the farmers were protesting in the court premises.

The Deputy Commissioner’s Office and Police Commissioner’s office is also within a radius of 300 metres from where this horrifying incident took place. Ludhiana DC Varinder Kumar Sharma on Thursday imposed Section 144 in Ludhiana to maintain peace in the city.