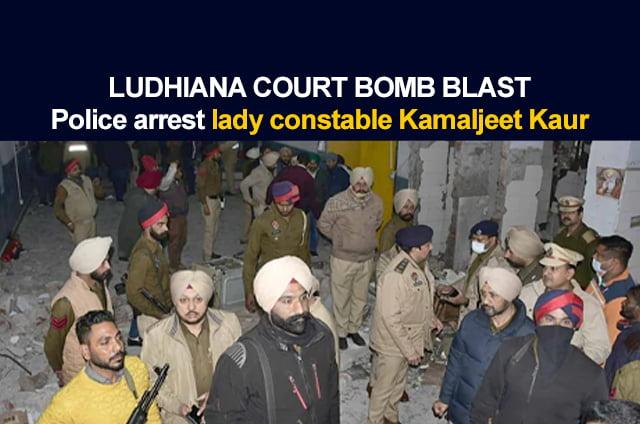 The police have now arrested a lady constable in the Ludhiana Court bomb blast. It is said that the lady constable was a friend of the deceased Gagandeep Singh Gaggi.

As per the reports, the arrested lady constable has been identified as Kamaljeet Kaur. Currently, she was working as Naib Reader at the SP Headquarters of Khanna.

Some reports also suggest that the deceased Gagandeep Singh Gaggi was living with Kamaljit Kaur after a quarrel with his wife. The DGP has confirmed the arrest of the lady constable.

It has been reported that Gagandeep Singh was dismissed from the police services in the year 2019 when he was nabbed with around 800 grams of heroin.

He spent two years in jail and was out on bail on September 8, 2021. That was when he came in contact with Ranjit Singh Cheeta. He was the one who helped Gagandeep build links with the terrorists.

The reports also suggest that Ranjit Singh had strong links with Harvinder Singh Rinda, who was a part of Babbar Khalsa International.