Ludhiana Court blast: Gagandeep Singh Gaggi had been to Amritsar before the blast 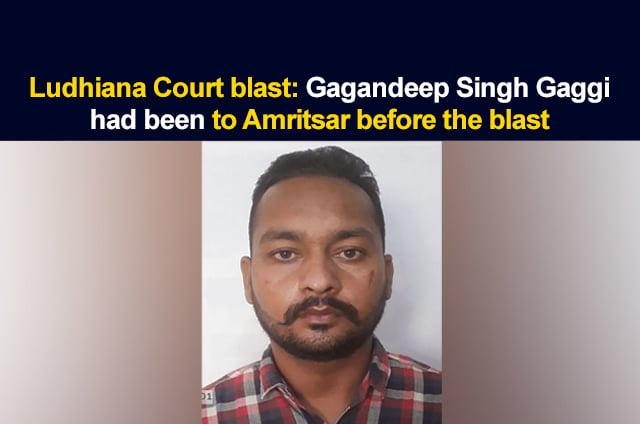 Ludhiana Court bomb blast deceased and the main accused Ganadeep Singh Gaggi had also been to Amritsar a few days before the mishap happened. The police and the investigation agencies have revealed the information regarding his visit to Amritsar through his call details and travel history.

According to the reports, Gagandeep Singh Gaggi had been to Amritsar 10 days prior to the Court blast. The police teams are now investigating whom did he meet and how did he get explosive.

Further, the reports say that he was in touch with several police officers as well. The investigation agencies are also interrogating Ranjit Singh and Sukhjinder Singh. The intelligence agencies are also keeping a close eye on Gagandeep Singh’s residence.