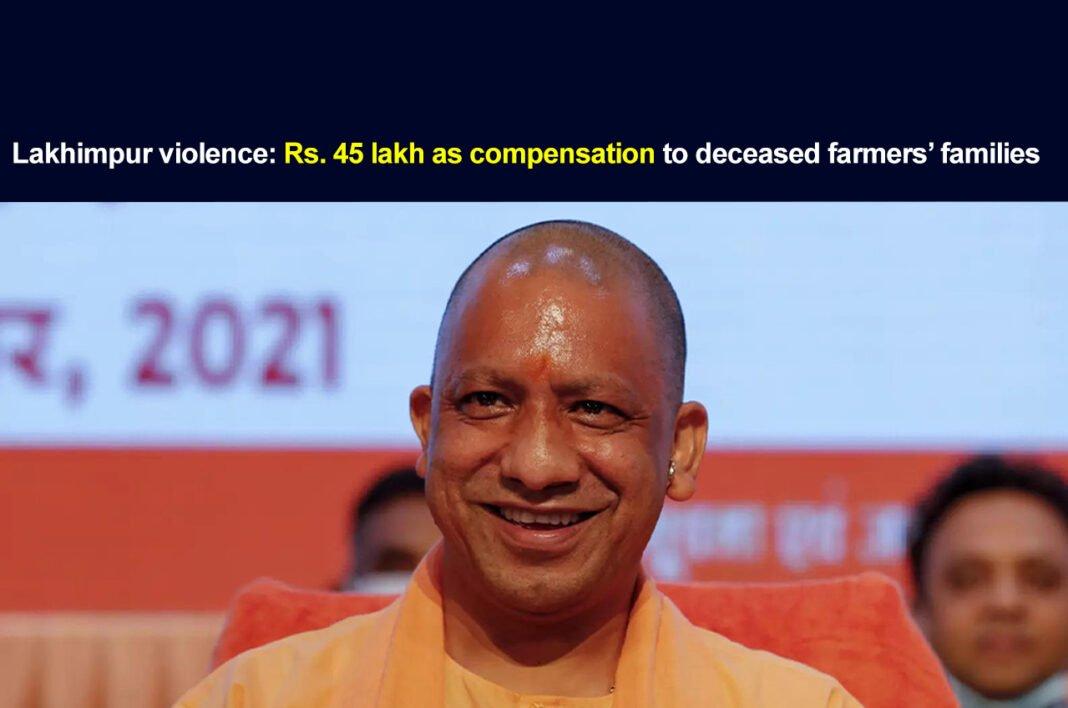 The Uttar Pradesh Government has reportedly ordered to give 45 lakh compensation to the families of the farmers who died in Lakhimpur Kheri on Sunday. Other than that, Rs. 10 lakh would be given to the injured farmers.

The reports also suggest that the farmer unions had demanded a government job and compensation for the deceased. A committee has been set up under a retired judge which will look into the matter.

Also read: FIR against Ajay Mishra’s son and 15-20 others