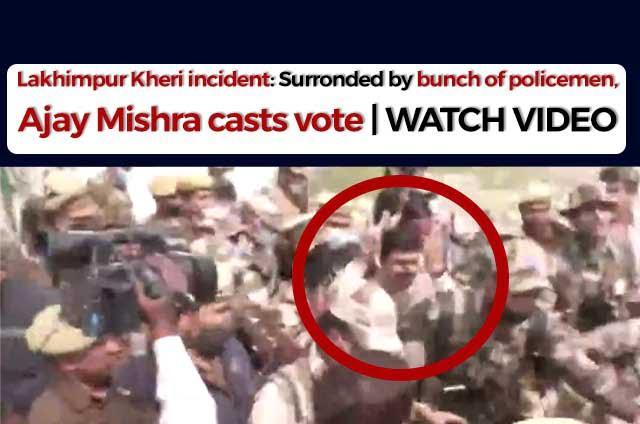 The fourth phase of the Uttar Pradesh elections are going on today, and Union Minister of State and the accused of the Lakhimpur Kheri violence, Ajay Mishra Teni today visited a polling booth to cast his vote, surrounded by a bunch of policemen and paramilitary personnel.

Ajay Mishra showed a victory sign to the media personnel when they were asking questions to his son, the main accused in the Lakhimpur Kheri incident.

According to the reports, Ashish Mishra who was jailed in October last year, was released on bail, a week ago.

Union Minister of State Ajay Mishra has a great influence amongst the people of eastern Uttar Pradesh. His son Ashish Mishra is accused of running over four farmers with his SUV, who were protesting against his father.

WATCH VIDEO OF THE INCIDENT

Here’s everything you need to know about Lakhimpur Kheri incident