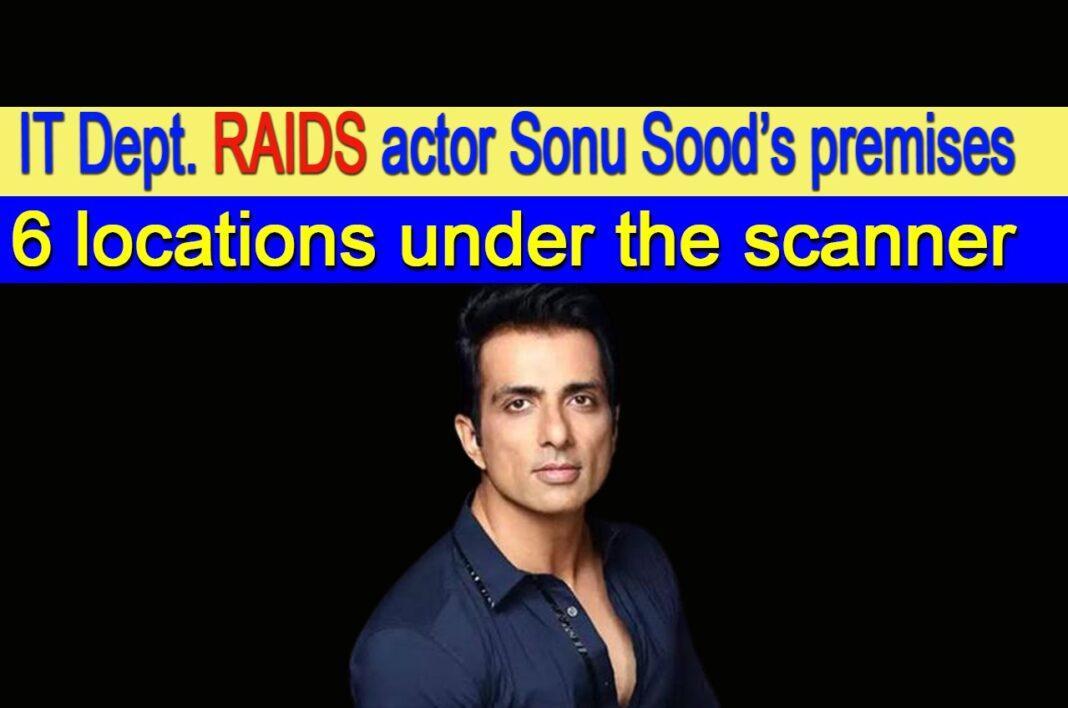 Actor Sonu Sood’s residence in Mumbai and a company linked to him in Lucknow was raided by the Income Tax Department on September 15, as 6 premises are under the scanner.

A deal between Sonu Sood and the real-estate company based in Lucknow is under IT’s scanner. On the allegations of tax evasion on the deal, the survey operation has been initiated.

It is to be noted that this raid by the IT department has come after a few days the actor met with Arvind Kejriwal. He had declared Sonu Sood the brand ambassador for his government’s mentorship programme for school students in the national capital.

During the coronavirus induced lockdown, Sonu Sood has been a saviour for many. The whole nation praised him for his charity work.