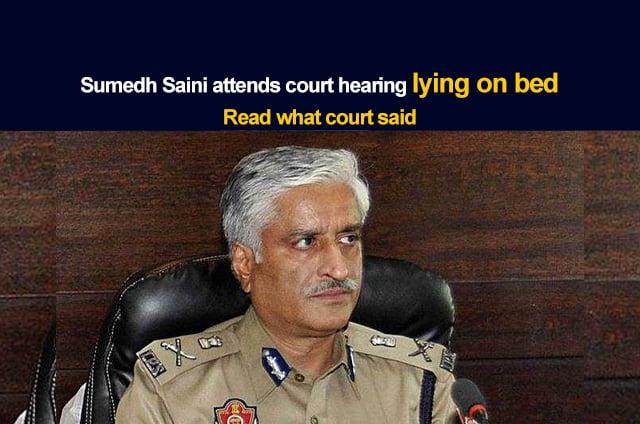 Former Punjab DGP Sumedh Singh Saini gets a warning from a Delhi court as he attended the virtual hearing of the court lying on the bed. Sumedh Saini has been accused of the alleged abduction of three men from Ludhiana in the year 1994.

Special CBI Judge Sanjeev Aggarwal reportedly cautioned the former top cop Sumedh Saini to be careful of his demeanour and maintain the decorum of the court as he attends the virtual hearings of the court.

The Judge in his order reportedly said, “Accused no. 1 Sumedh Saini has joined the hearing through Virtual Conference. However, it is observed that he joined the proceeding while lying on the bed.”

On being asked, Sumedh Saini reportedly said that he was unwell and was down with fever. But the court said that no medical certificate was submitted in this regard.

“Accused no. 1 is, accordingly, warned to be careful in future with his demeanour and maintain the decorum of the court, while attending the proceedings through VC.”

It is to be noted that the former top cop of Punjab Sumedh Saini is accused of Kidnapping and murder by the  Central Bureau of Investigation. Along with him, three other policemen are accused in the 1994 case.