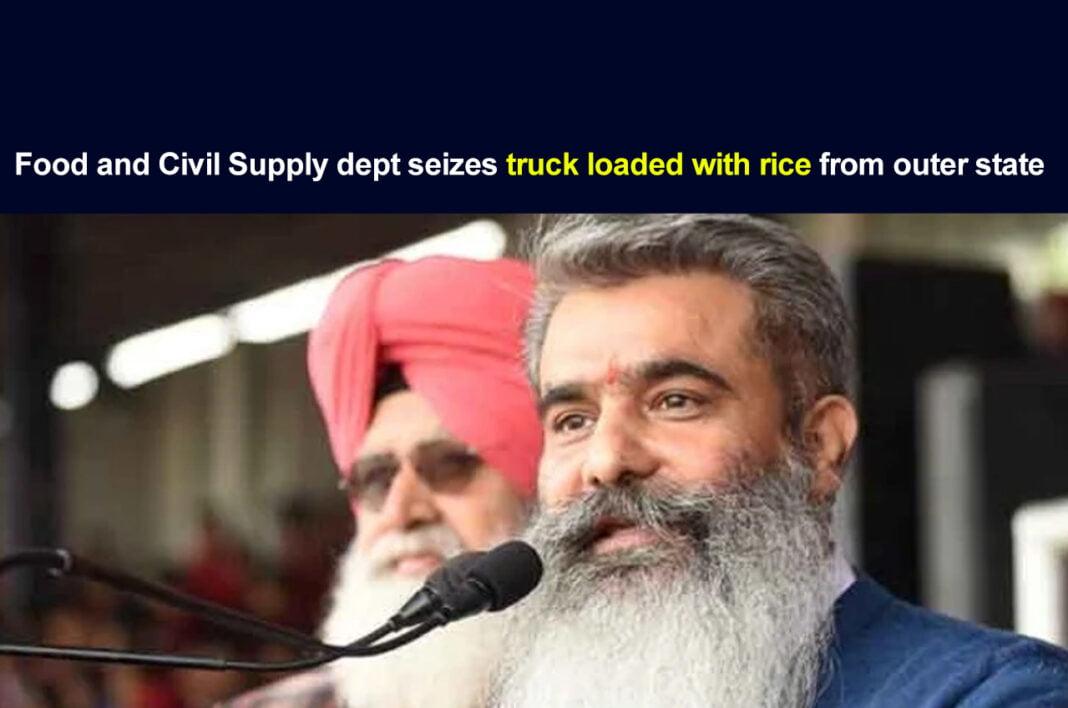 The Food and Civil Supplies Department reportedly seized a truck full of rice that was brought from outer states for bogus billing on Tuesday, October 5.

Foods and Civil Supplies Minister Bharat Bhushan Ashu reportedly said that truck was seized in Ghanour constituency in Patiala district. The truck was containing 500 quintals of rice. It had left from Delhi’s Real Agro Food for Ambala’s Maa Bala Sundari Rice Mill. However, the department intercepted them in between.

Truck no. PB 03 Y 4756 has been seized and further investigation is underway.