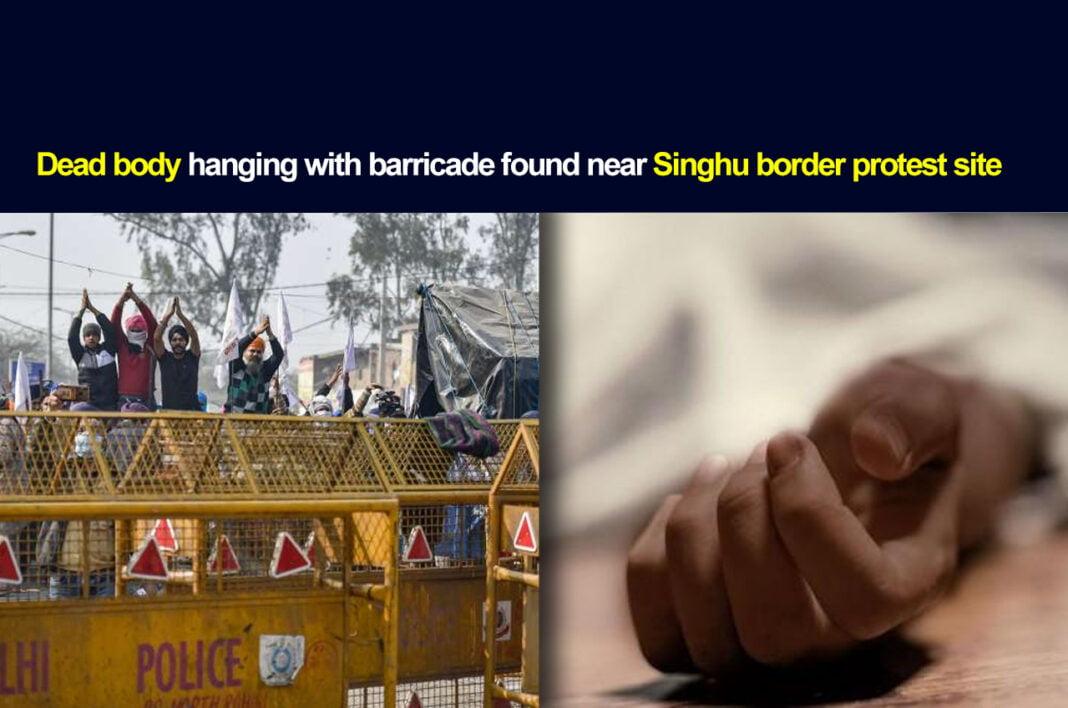 An unidentified body of a man with a hand and legs chopped off was found near the Singhu border farmer’s protest site in Sonipat, on Friday.

The police reportedly said that the body was found tied with a metal barricade in Kundli, close to the Singhu border.

According to the reports, the Kundli police station received information at around 5 am. A police official reportedly said that the deceased was only wearing a pair of shorts.

A murder case against unidentified persons has been registered and police have interrogated the people nearby, where the incident happened. The body was sent to Sonipat Civil Hospital for post-mortem.