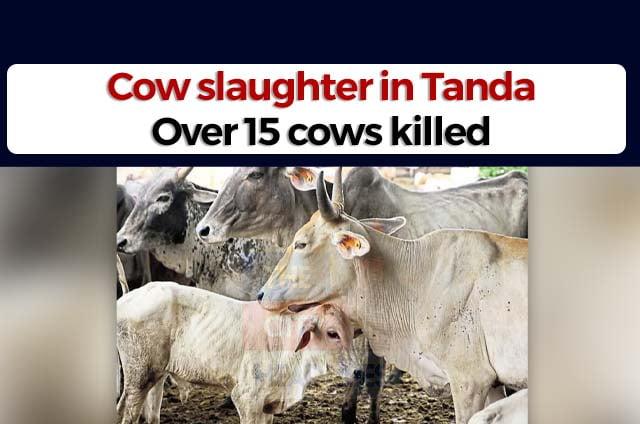 A horrifying incident has come to light in Punjab’s Tanda. According to the reports, the remains of 17-18 cows were found near in Tanda, near the National Highway.

The incident reportedly came to light on Saturday morning and it reportedly happened on Friday night. It took place near Tanda Uramur Focal Point.

The Hindu organizations started gathering at the crime spot on Saturday noon. Some even sat on a dharna near the site and blocked the Jalandhar-Pathankot National Highway.

According to the reports, the Railway Police has lodged an FIR against unidentified people under several sections of the IPC, including 295-A (insult of religious beliefs) and Prevention of Cruelty to Animal Act.

DSP Tanda Raj Kumar reportedly said that the animals appeared to be brought from some other place.

The locals also reportedly said that it appeared to be a planned crime as the flesh and skin of the cows were taken away and the remains were left. The people are also demanding answers from the newly-elected Aam Aadmi Party government in the case. Further investigation into the case is underway.