BREAKING NEWS: Over Rs. 50 lakh looted at gunpoint in Ludhiana’s most crowded market 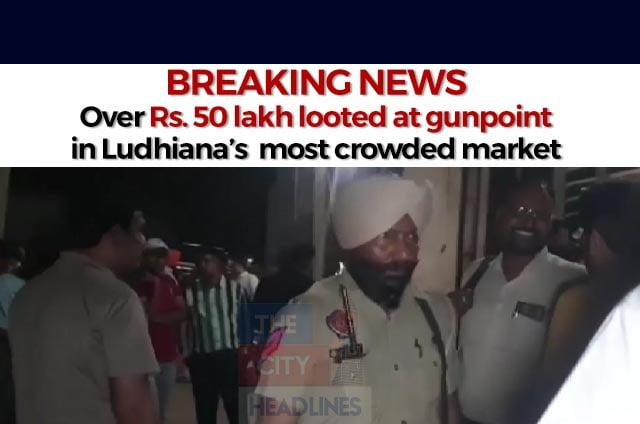 Three robbers allegedly looted over Rs. 50 lakhs from Kesarganj Mandi in Ludhiana- one of the most crowded markets of the city. From an oil business owner, three miscreants allegedly looted the money at gunpoint.

At around 7:15 pm on Friday, the incident happened. The robbers entered Arora and Company’s office in Kesarganj Mandi. They even thrashed the company owner Raj Kumar alias Raju and took away cash worth lakhs and ran away. Raju was sitting in the office with one of his employees when the incident happened. He and Raju immediately rushed out of the office and informed the other businessmen in the market.

Soon, the information was given to the police. It is to be noted that the police station is within 500 meters of the crime spot. Also, the loot happened during the peak hours when the market is crowded. DCP Crime Varinder Singh Brar, DCP Simratpal Singh Dhindsa and other police officers rushed to the spot.

The total amount of the money being looted is still unclear. However, the police officers have said that it was in lakhs. Some people in the market even said that it was around 1 crore. The police team is now trying to find out CCTV footage and further investigation into the case is underway.