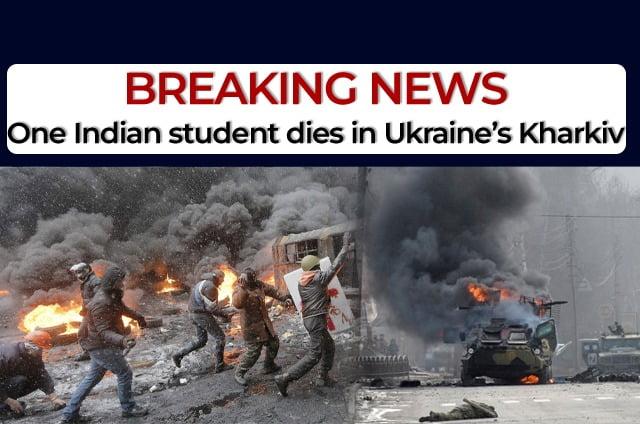 On the sixth day of Russian troops attacking Ukraine, one Indian student has reportedly lost his life in the invasion.

The foreign ministry of India has confirmed the information.

According to the reports, an Indian student was killed in the Eastern city Kharkiv in bomb shelling done by the Russian military forces on Tuesday.

Ministry of External Affairs Spokesperson Arindam Bagchi took to Twitter to share the news. He wrote, “With profound sorrow we confirm that an Indian student lost his life n shelling in Kharkiv this morning. The ministry is in touch with the family. We convey our deepest condolences to the family.”

The deceased has been identified as Naveen Shekharappa from Bengaluru. The reports suggest that he was going to the Railway Station and on the way, he lost his life in the bomb shelling carried out by the Russian troops. Naveen was just 21 years old and was studying medicine in Kharkiv.

Just an hour before the death of the Indian student, the Indian Embassy had issued an advisory to the students to leave Kyiv.

In the advisory, it was written, “All Indian nationals including students are advised to leave Kyiv urgently today. Preferably by available trains or through any other means.”

ALSO READ: The Indian restaurant which is serving free food and shelter in Ukraine