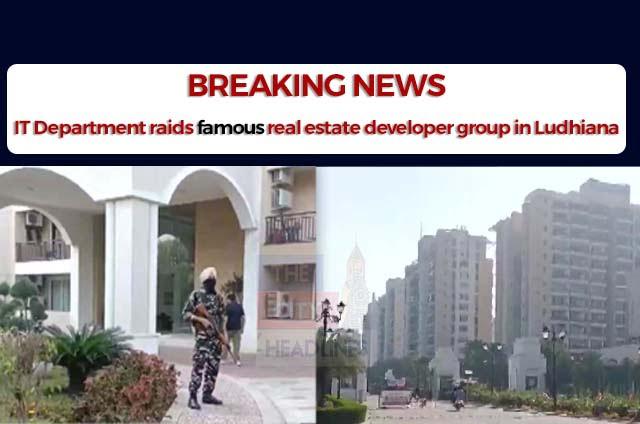 The Income Tax Department today raided the premises of the famous real estate developer group in Ludhiana. IT teams are conducting search operations at Omaxe Group in Ludhiana.

According to the reports, not only in Ludhiana, but the Income Tax Department teams are conducting raids and search operations at several Omaxe Group premises including Delhi, Uttar Pradesh, Haryana and other parts of Punjab.