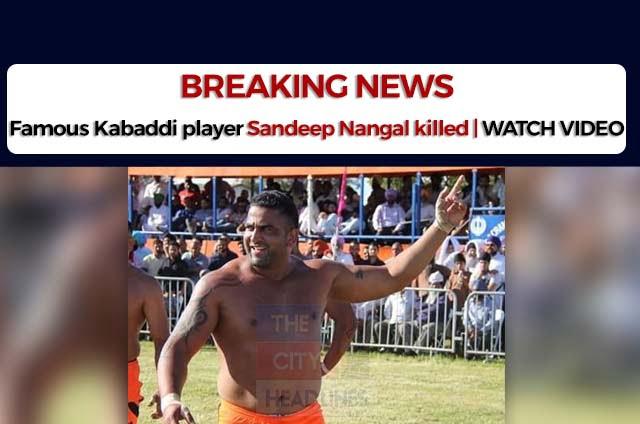 Famous Kabaddi player of Punjab, Sandeep Nangal was shot dead today. According to the reports, the incident happened during Mallhian Cup tournament.

A heavy gun firing was witnessed at the crime spot in which Sandeep Nangal was shot dead. A Kabaddi match was going on when the incident happened.

It is to be noted that Sandeep Nangal was an international Kabaddi player. He was famous amongst the Kabaddi enthusiasts all across the world.

Have a look at the video